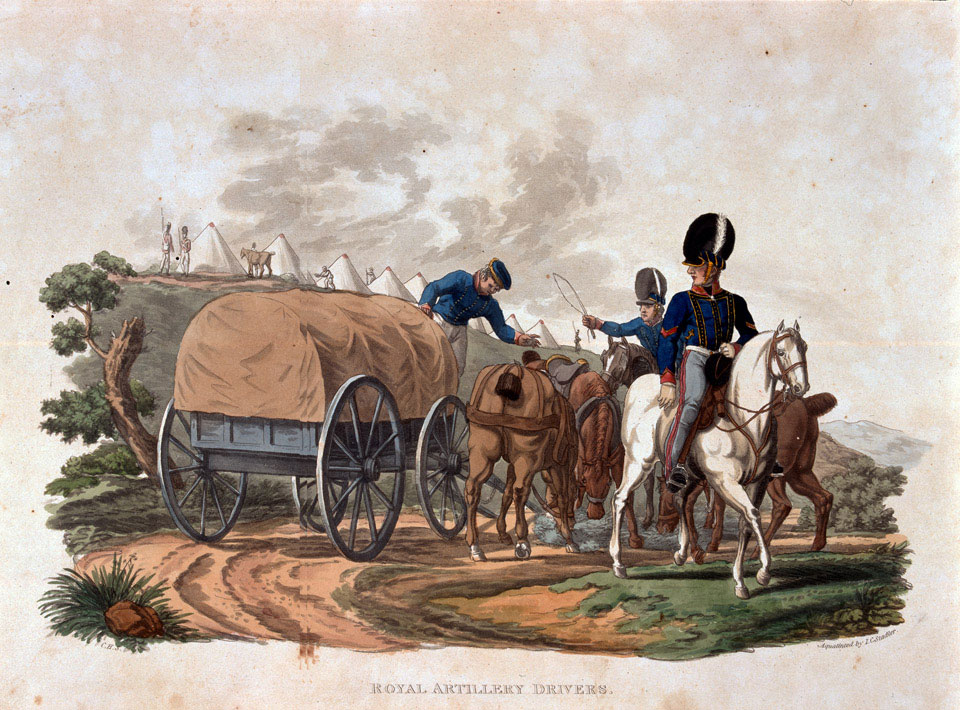 The Corps of Artillery Drivers was established in 1793. It was responsible for the movement of guns, ammunition wagons and supplies. Previously this role had been undertaken by civilian contractors, an arrangement that often resulted in the drivers abandoning their horses and wagons once battle had commenced. At Waterloo (1815) about half of the 5,300 artillerymen in the Duke of Wellington's army were drivers.