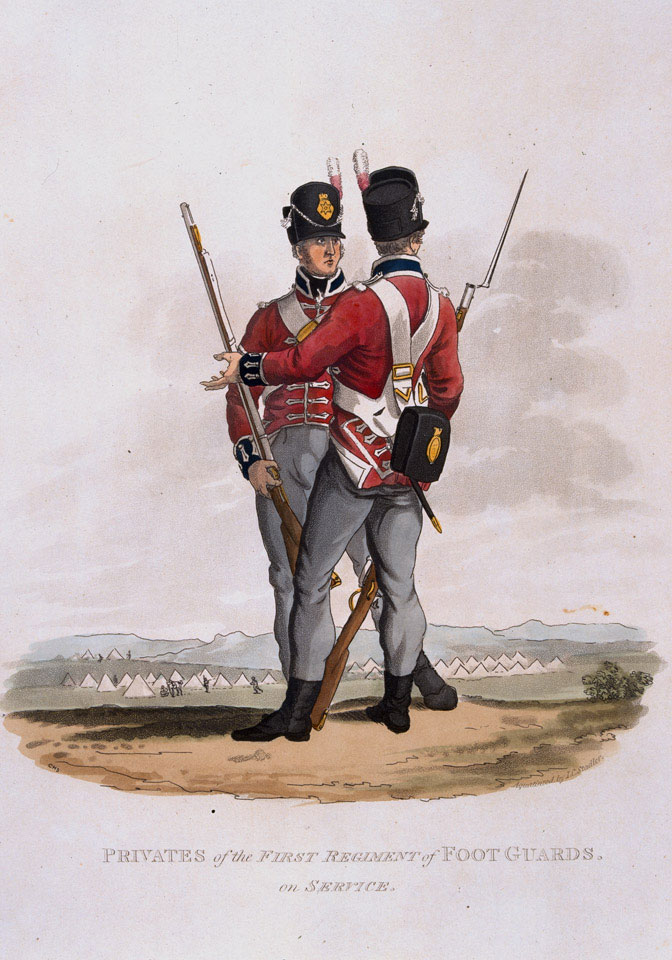 Privates of the 1st Regiment of Foot Guards on Service, 1812

The 1st Regiment of Foot Guards, later the Grenadier Guards, fought during the 1808 winter campaign in Spain and men from the regiment bore the mortally wounded Sir John Moore off the field at Corunna the following year. It returned to the Peninsula in 1811 and fought at both Quatre Bras and Waterloo in 1815. At the latter engagement the unit defeated the French Imperial Guard's grenadiers, not only assuming that unit's title and bearskin headdress, but also taking a flaming grenade as its cap badge.