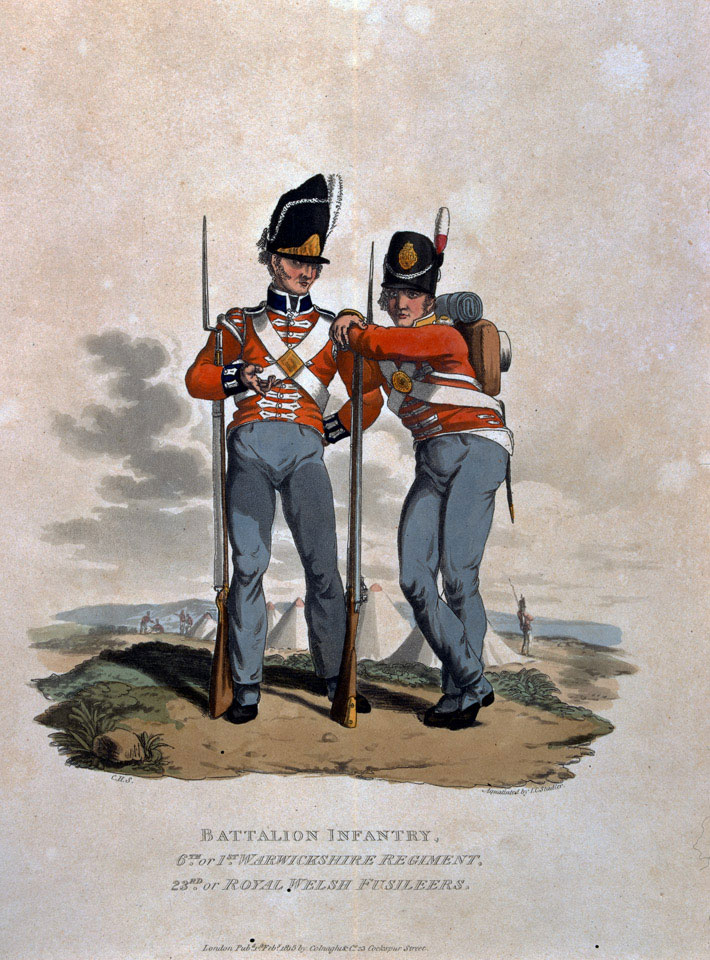 Although the 1812 regulations introduced the 'Belgic' shako, the British redcoat's uniform and equipment did not change greatly. It still consisted of a short-skirted jacket, trousers, buff leather cross-belts with a shoulder-belt plate at their intersection, a musket, an ammunition pouch with bayonet, a haversack to be hung at the side, a canvas knapsack and a greatcoat. The latter would be rolled up and strapped to the top of the knapsack.