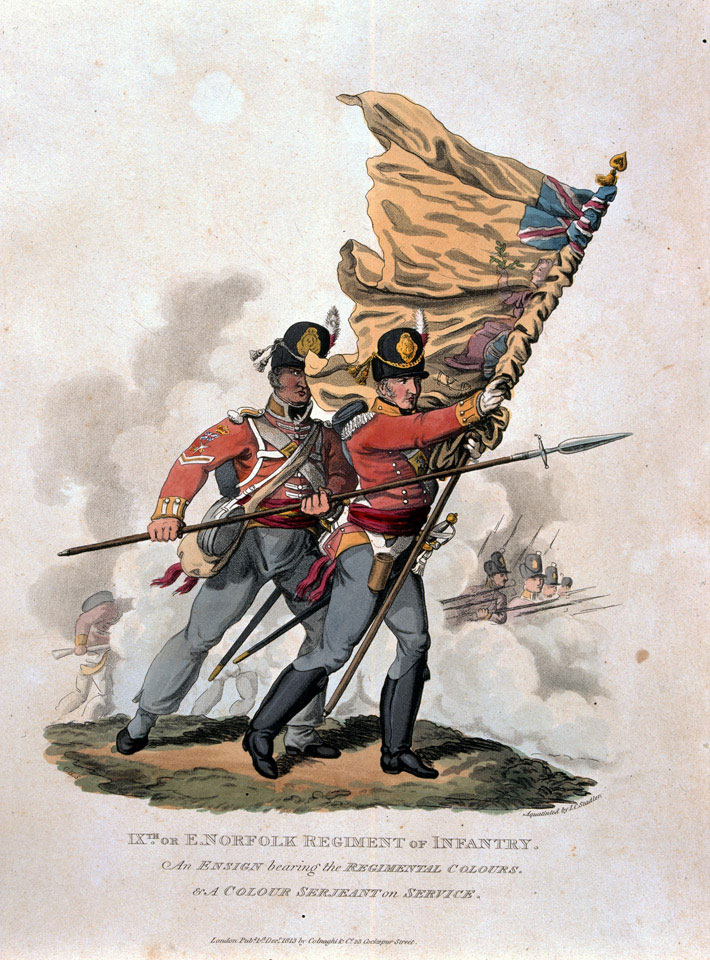 The rank of colour sergeant was introduced into the British Army during the Napoleonic Wars to reward long-serving sergeants and those who had displayed courage in battle. Their primary role was to protect ensigns, the most junior officers, who were responsible for carrying their battalions' Colours into battle. For this reason, the rank of colour sergeant was always considered a prestigious appointment.