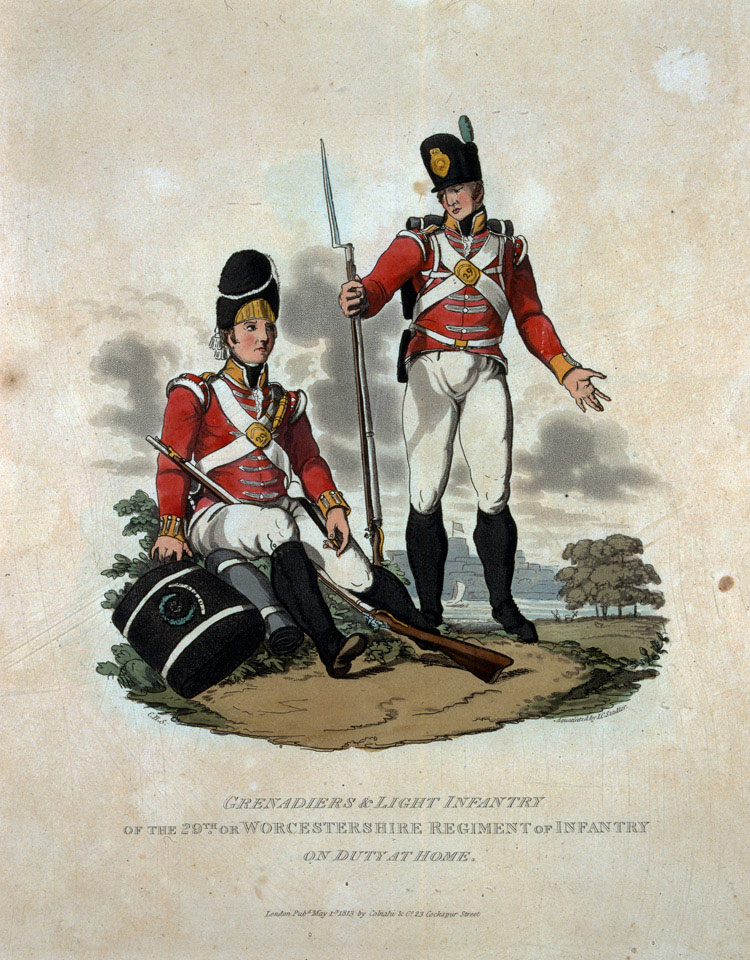 Grenadiers and Light Infantry of the 29th or Worcestershire Regiment of Infantry, 1812

The 29th was one of the first British units to arrive in the Peninsula in July 1808 and fought at Rolica, Vimeiro, Talavera and Albuera, capturing two French colours and gaining the accolade 'the best Regiment in this Army' from Sir Arthur Wellesley, the commander-in-chief and future Duke of Wellington. However, it suffered such losses there that it had to return to England in 1811 to recruit back up to full strength. It was then quickly redeployed to Canada in 1814 for the War of 1812 and to Belgium for the Waterloo campaign in 1815, though in both cases it arrived too late to see any major action.