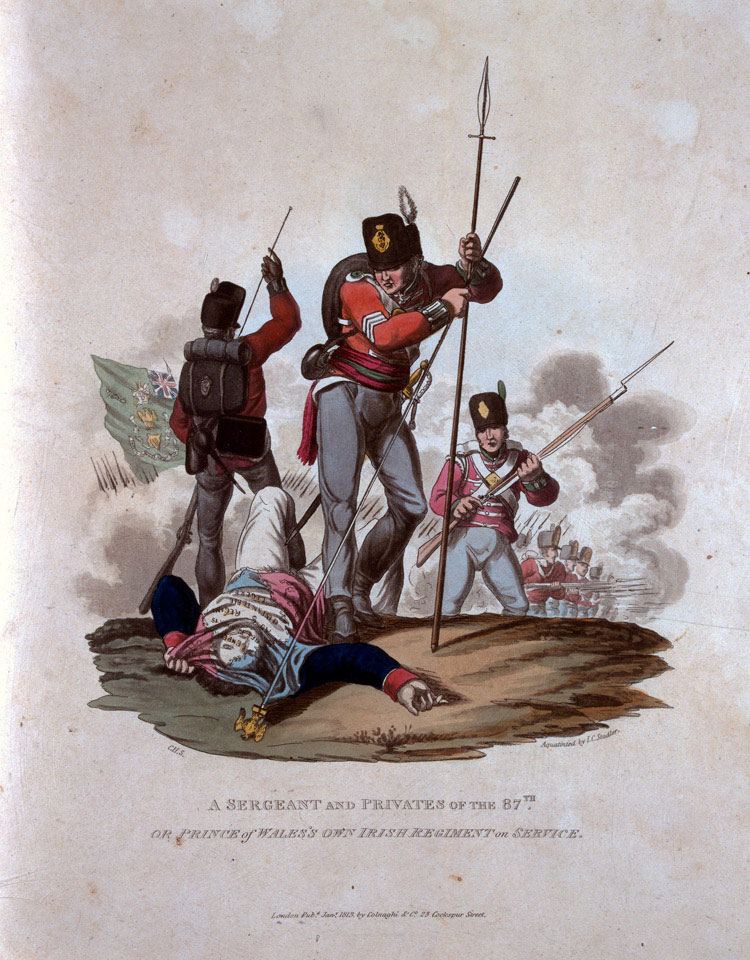 A Sergeant and Privates of the 87th or Prince of Wales's Own Irish Regiment on Service, 1812

This work depicts one of the most famous events of the Peninsular War (1808-1814) when the 87th became the first British regiment to capture a French Imperial Eagle during the campaign. At the Battle of Barrosa on 5 March 1811 Ensign Edward Keogh and Sergeant Patrick Masterson captured the eagle of the 8th Regiment de Ligne. Keogh was killed during the action but Masterson managed to wrench the eagle from the dying hands of its bearer.