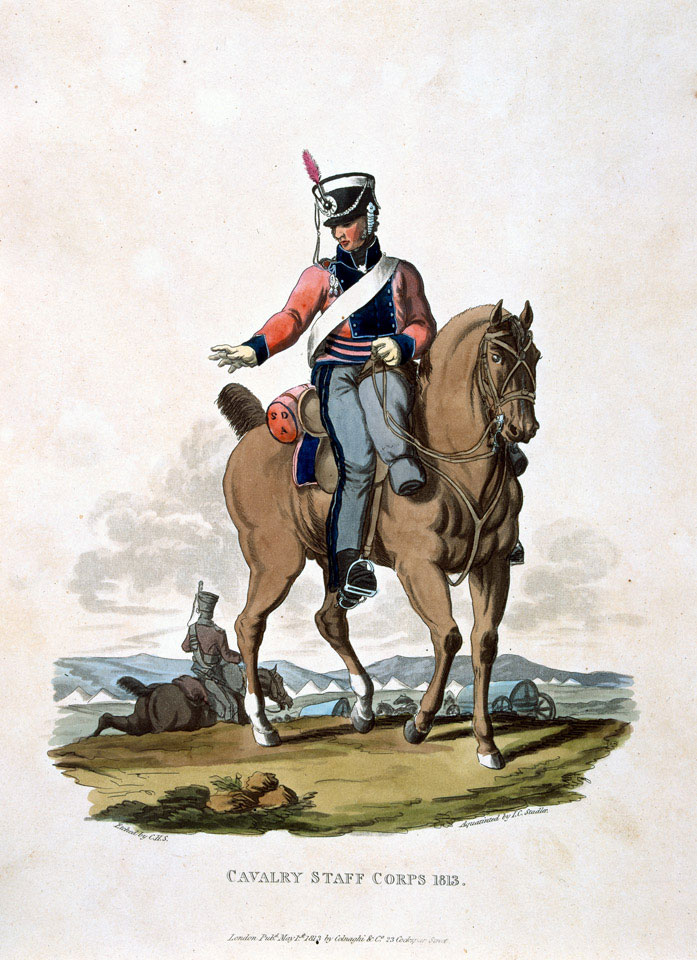 The Staff Corps of Cavalry, formed in 1813, was Britain's first standing military police force. Made up of men from existing cavalry units, detachments were allotted to each division of the army in the Peninsula in an attempt to curb looting, pillage and desertion. Although disbanded in 1814 at the end of the Peninsular War, following Napoleon's defeat at Waterloo the Duke of Wellington re-formed the Staff Corps of Cavalry to police the occupying British Army in France.