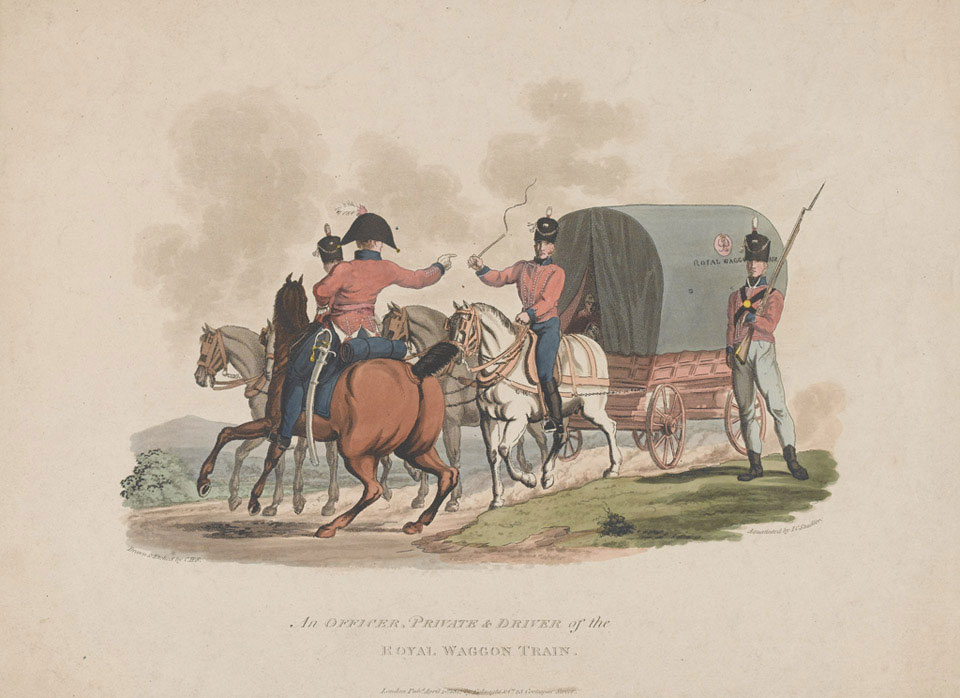 An Officer, Private and Driver of the Royal Waggon Train, 1812

The Royal Waggon Train was established in 1802, by when it had become clear that some kind of organised military transport service was essential since the civilian Commissariat Department, under the control of the Treasury rather than the military, did not always fully understand the Army's operational requirements. The Waggoners went on to serve during the Peninsular War and like the Commissariat they purchased most of their horses and mules locally in Portugal and Spain.