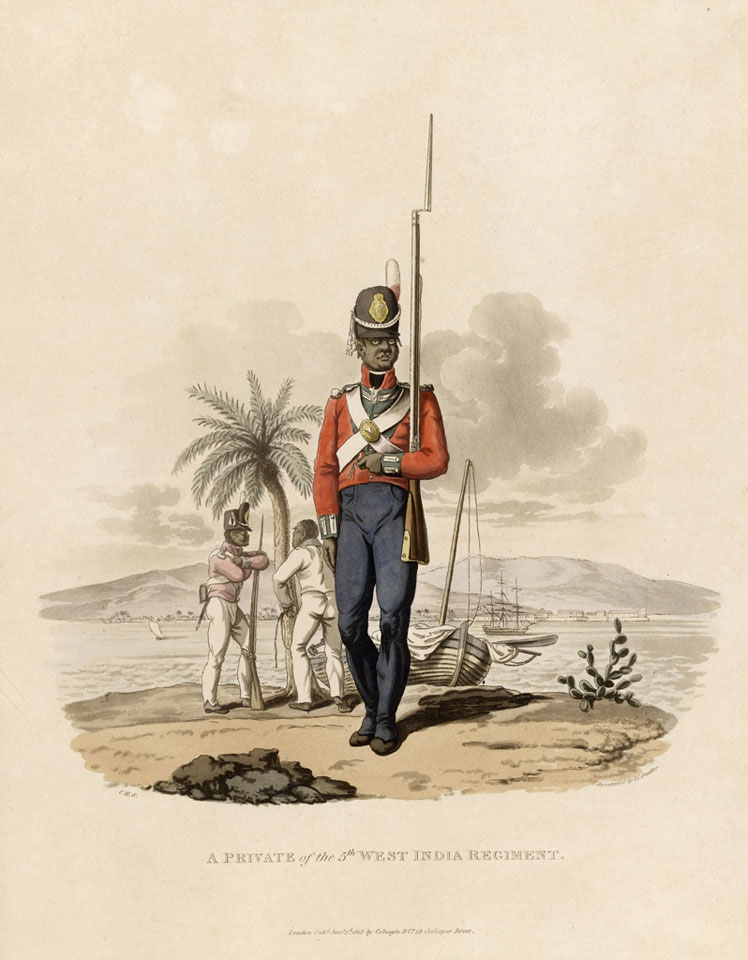 Many European soldiers stationed in the Caribbean succumbed to tropical diseases. The failed British intervention in Saint Domingue (modern Haiti) was also very costly in manpower terms. The Army was forced to look elsewhere for recruits and between 1795 and 1807 estimates suggest 13,400 Creole and newly-arrived Africans slaves were purchased for the West India Regiments. The reliance on conscripted former slaves was a factor in the prolongation of the slave trade to 1807.

Most conscripted former slaves considered themselves superior to slaves who worked on plantations. One contemporary noted the soldiers 'carry themselves proudly and call themselves "The Queen's Gentleman"'.