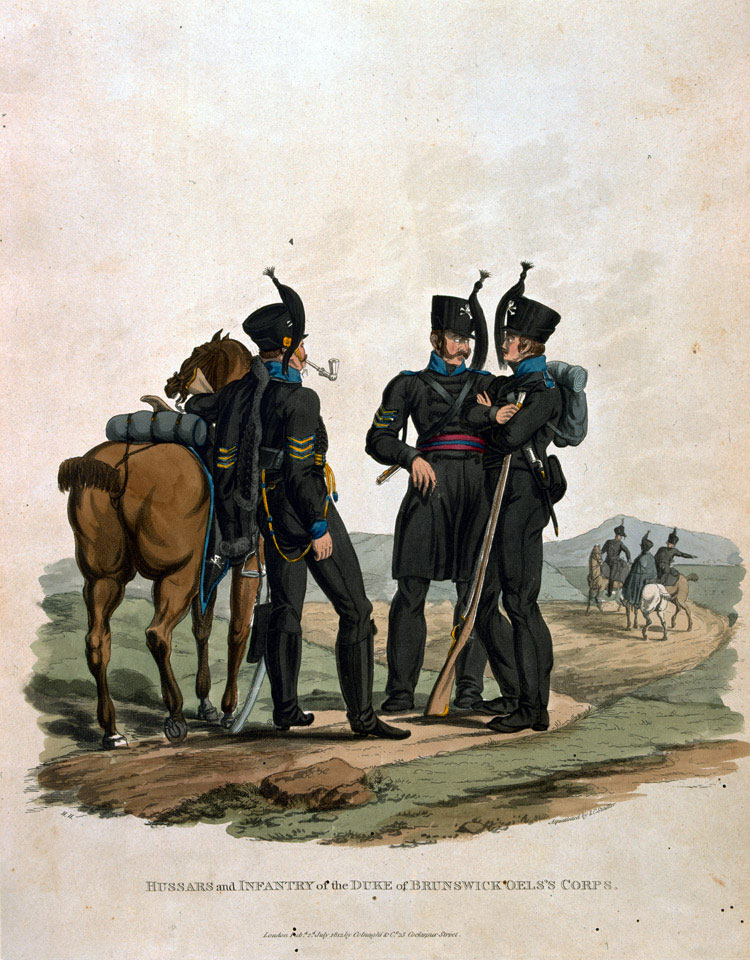 Hussars and Infantry of the Duke of Brunswick Oels's Corps, 1812

In 1809 Prince Frederick William, Duke of Brunswick, raised a corps of soldiers to fight the French, who then occupied his country. They were called 'Black Brunswickers' because they wore black uniforms in mourning for their lost homeland.

Frederick William eventually fled to England where his force of around 2,300 soldiers entered British service. Renamed the Brunswick Oels Jäger and Brunswick Oels Hussar Regiments, during the Peninsular War (1808-1814) they fought at Fuentes de Onoro, Salamanca, Vitoria, the Pyrenees, Nivelle, the Nive, and Orthez. Frederick William, the 'Black Duke' of Brunswick, was killed at the Battle of Quatre Bras on the 16 June 1815 but his Brunswickers continued to serve, gaining distinction for their actions at Waterloo, two days later.