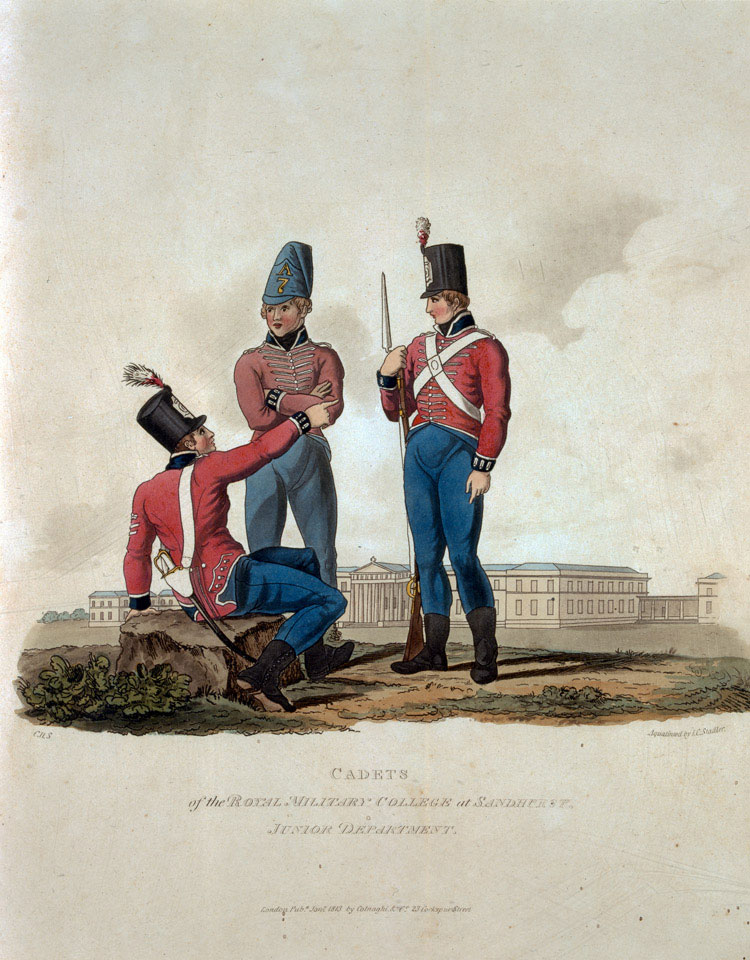 Cadets of the Royal Military College at Sandhurst. Junior Department, 1812

The Royal Military College (RMC) was established under the leadership of Major-General John Gaspard le Marchant at Marlow in 1802 but moved to Sandhurst in 1813. The new college housed a senior department for staff officer training alongside a junior department for the training of gentleman cadets.