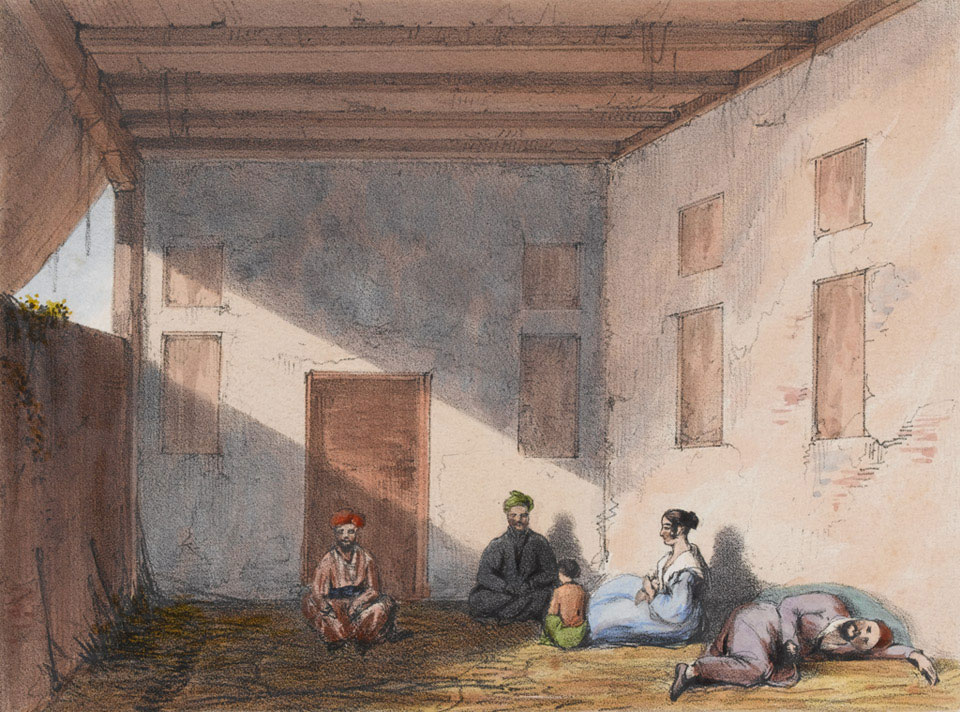 Vincent Eyre (1811-1881) joined the Bengal Artillery in 1828 after attending the East India Company's Military Academy at Addiscombe. He arrived in India in 1829 and after a decade of regimental duty was serving as a Commissary of Ordnance when he took part in the 1839 invasion of Afghanistan. Eyre and his family were captured by Akbar Khan's forces in January 1842 and spent nearly nine months in captivity, during which time Eyre kept a diary of his experiences and sketched his fellow prisoners and the scene of their confinement at Kabul. He was rescued in September 1842 when Major-General Sir George Pollock's Army of Retribution arrived in the Afghan capital.

From 'Portraits of the Kabul Prisoners', a set of pre-publication coloured lithographs later published by John Murray in 1843.

The artist's original drawings were made during his captivity in Afghanistan after the Retreat from Kabul during the 1st Afghan War (1838-1842).