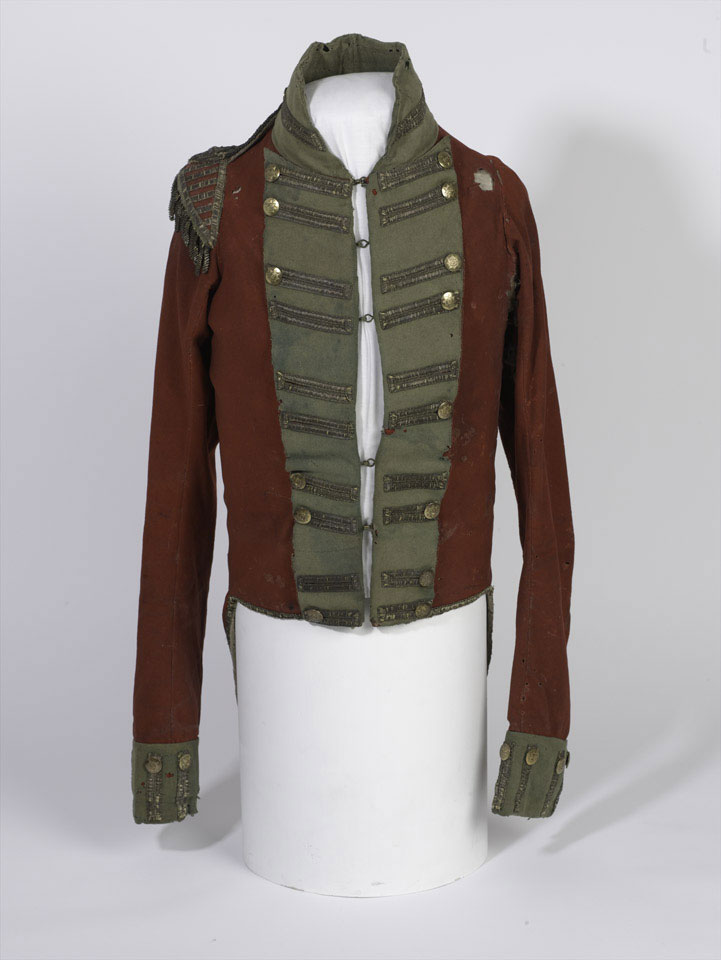 The 69th (South Lincolnshire) Regiment were badly mauled at Quatre Bras (16 June 1815) by French Cavalry and one of their colours was captured. At Waterloo (18 June 1815) they were positioned near Hougoumont where they came under heavy artillery fire and were again attacked by cavalry. They played a role in the repulse of the French Imperial Guard at the climax of the battle, when Anderson was wounded. On the reverse of the coat, underneath the left armpit, you can see the dried bloodstains from his wound.