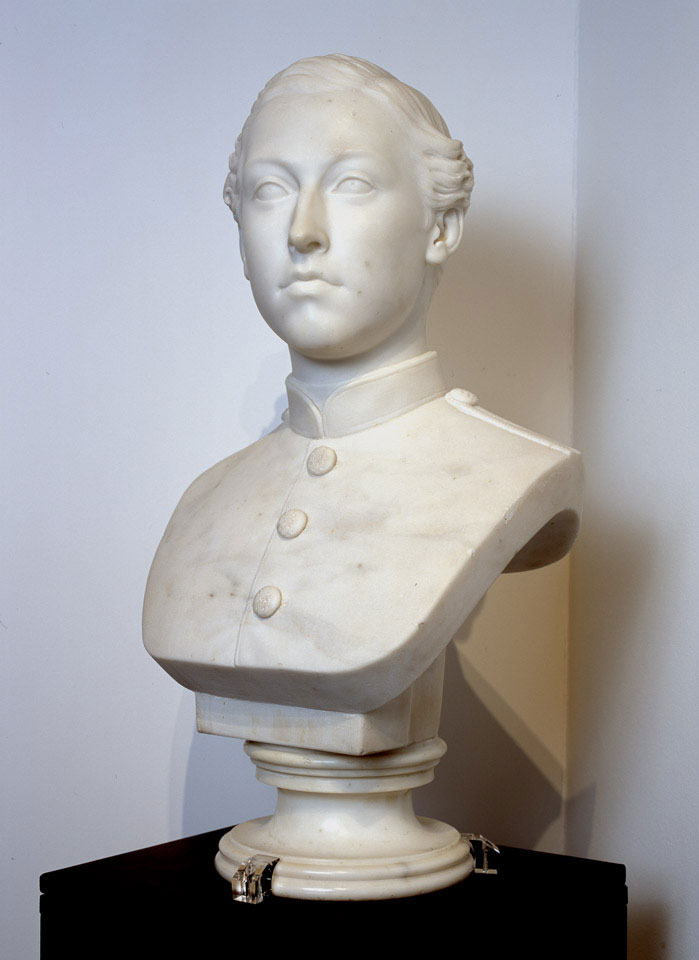 The third son and seventh child of Queen Victoria and Prince Albert, Prince Arthur (1850-1942) was named after his godfather, Field Marshal Arthur, 1st Duke of Wellington, on whose 81st birthday he was born. From an early age the prince was interested in military matters and in 1866 he entered the Royal Military Academy Woolwich. He completed his studies in 1868, when, as an 18-year old gentleman cadet, he was sculpted in marble by his sister.

Despite the privileges of his rank, the Duke had a reputation as a straightforward, hard-working soldier, known for his concern for the welfare of his men, with no time for pettiness or insincerity. In 1879 Prince Arthur married Princess Louise Margaret of Prussia. He was succeeded very briefly by his grandson, after which his titles became extinct.