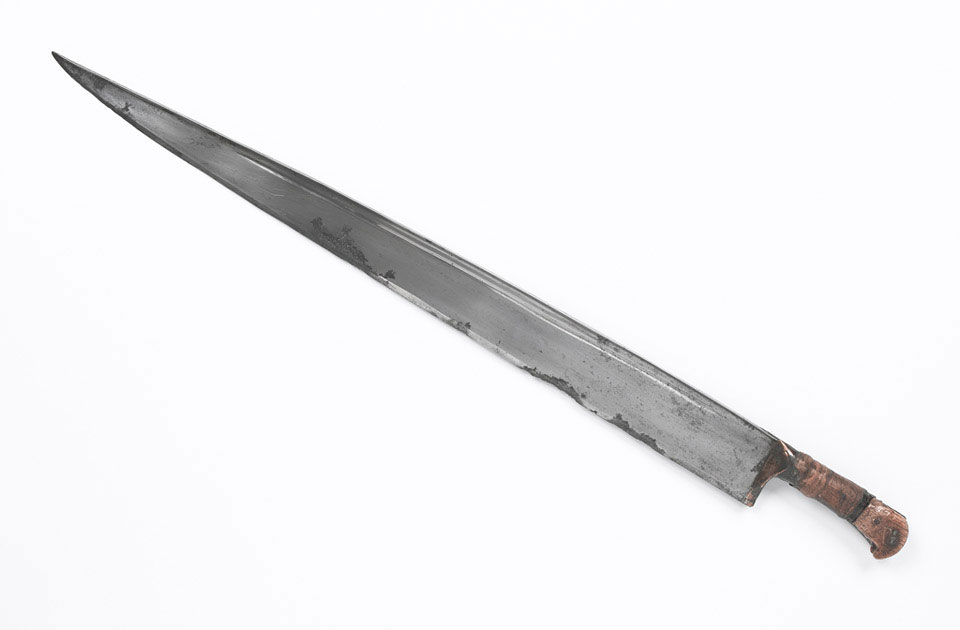 Known as a 'choora', this weapon was used by tribesmen from Afghanistan and the North West Frontier of India. Originally designed to penetrate chain mail and other types of armour, its blade was also used for slicing flesh. Tribesmen would employ snipers to pin down British and Indian troops while their colleagues crept up with these close combat weapons. Many wounded soldiers were killed with 'Khyber knives' as the Afghan and frontier tribes rarely took prisoners.

This knife, obtained by a British cavalry regiment during the 1st Afghan War (1838-1842), was taken from the Ghilzai tribesmen who inhabited the mountains between Kabul and Jellalabad.