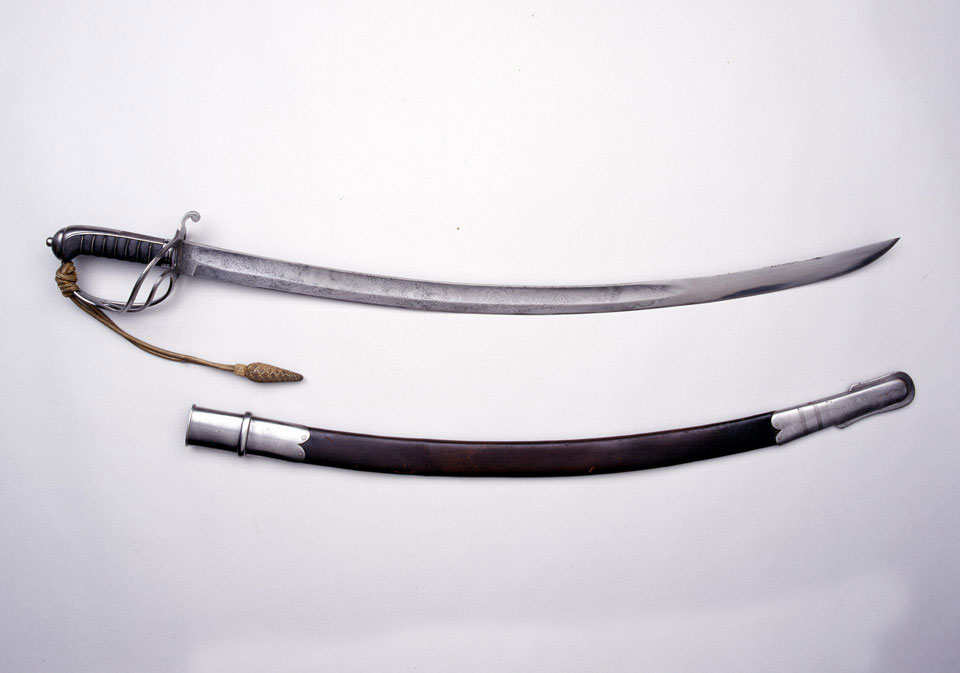 The blade of this sword is that of a Pattern 1796 Light Cavalry sword and has an extremely sharp, slashing edge. The weapon also has a Pattern 1821 three bar guard and a wooden scabbard covered in leather.

Edwards was commissioned in the British Army in 1878 and transferred to the Central Indian Horse in 1883. He became a major that year and remained with the regiment until the early 20th century. Edwards was awarded the Distinguished Service Order (DSO) for his actions during the Chitral Relief Expedition of 1895.