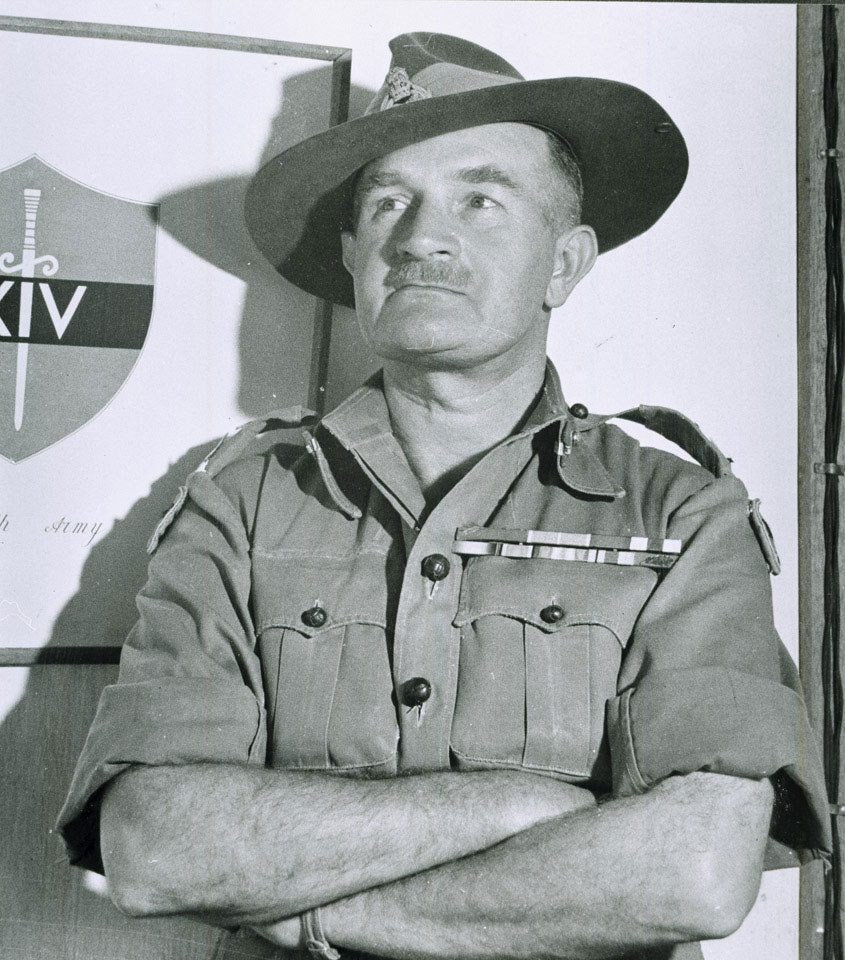 Slim (1891-1970) was given a temporary commission in the Royal Warwickshire Regiment in August 1914 and served at Gallipoli, where he was wounded, and in Mesopotamia, where he gained a Military Cross. He avoided a return to civilian life by obtaining a permanent commission in the Indian Army in 1918. His inter-war career was slow, but he attended Quetta Staff College where his performance resulted in his appointment to Army Headquarters in Delhi and then Staff College, Camberley, where he taught from 1934 to 1937. Promoted to Lieutenant-Colonel in 1938, Slim commanded 2nd Battalion, 7th Gurkha Rifles before becoming head of the Senior Officers' School at Belgaum.

Slim emphasised the need for jungle warfare training and the use of more aggressive tactics that included the formation of defensive 'boxes' by surrounded units that were supplied by air. Perhaps his greatest contribution though was that of talking to soldiers and restoring their morale. He was a fine manager of men and able to get them to do his bidding. Slim undertook a partially successful attack in the Arakan in February 1944, and then, in the battles of Imphal and Kohima, he repelled a Japanese invasion of north-east India. Both campaigns demonstrated that his new approach worked. The Japanese were able to encircle the formations of 14th Army, but could not defeat them, losing over 60,000 men and exhausting themselves in the process.

Slim now drove them south. Fighting through the monsoon and supplied by air, his men crossed the River Chindwin, took Akyab in the Arakan, and won bridgeheads across the Irrawaddy. After fierce fighting Meiktila and Mandalay were captured in March 1945. The route south to Rangoon now lay open and 4th Corps was only 30 miles (48 km) away when the city fell to a combined air and seaborne operation in May. It was a victory won through the courage and endurance of the troops and the superb generalship of Slim. After the war he was Commandant of the Imperial Defence College (1946-48) and then Chief of the Imperial General Staff (1948-52). Between 1953 and 1960 Slim was governor-general of Australia.