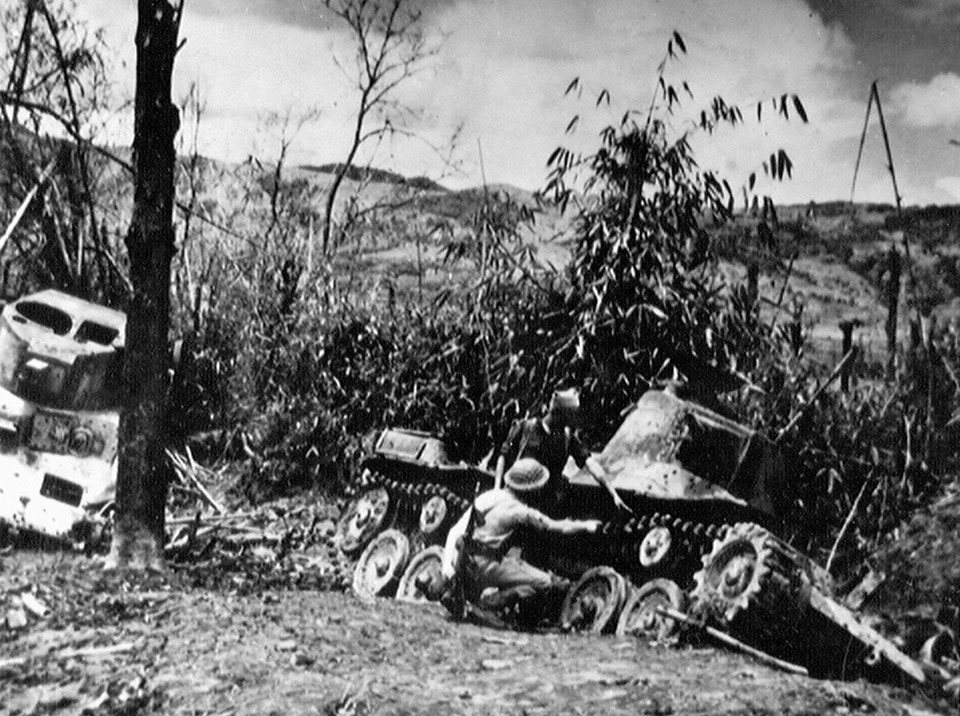 On 12 June 1944 at Ningthoukhong, Burma, 'B' Company of the 1st Battalion, 7th Gurkha Rifles, was attempting to stem the enemy's advance when it came under heavy machine-gun and tank machine-gun fire. Rifleman Ganju Lama, with complete disregard for his own safety, took his Piat gun and, crawling forward, succeeded in bringing the gun into action within 30 yards of the enemy tanks, knocking out two of them. Despite a broken wrist and two other serious wounds to his right and left hands he then moved forward and engaged the tank crew who were trying to escape. Not until he had accounted for all of them did he consent to have his wounds dressed. Rifleman Ganju Lama was later awarded the Victoria Cross (VC) for his gallantry.