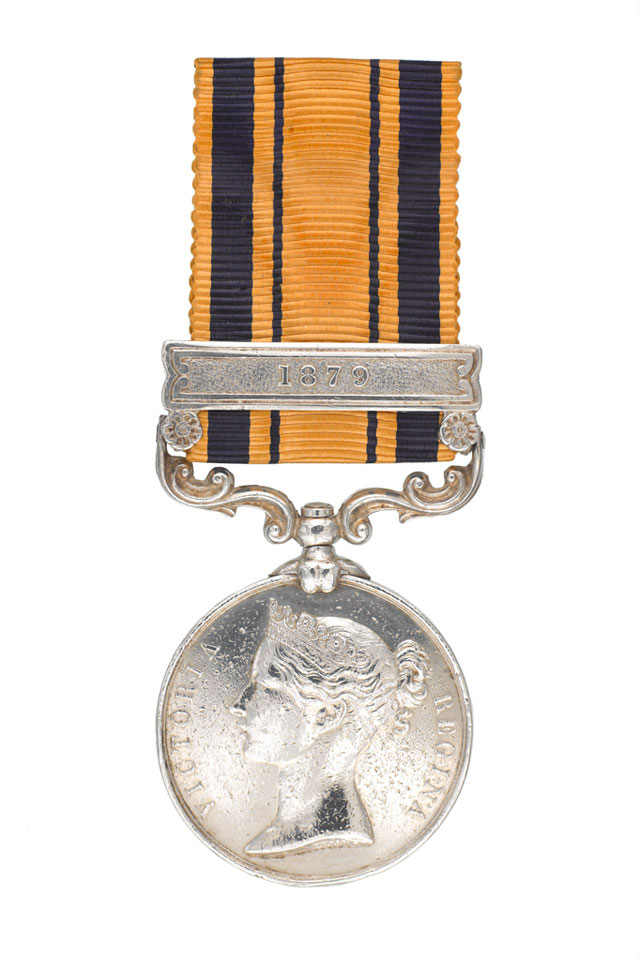 Silver campaign medal with the diademed head of Queen Victoria on the obverse with the inscription, 'Victoria Regina'. On the reverse a male lion in front of a protea bush above a trophy of arms with a Zulu shield and four crossed spears, with the inscription, 'South Africa', above. The medal is suspended from a golden yellow ribbon with vertical blue stripes.

FitzPatrick won his Victoria Cross (VC) in the Sekukuni Campaign, rescuing a wounded officer. He was born in Clontibret, County Monaghan, Ireland, in 1859. He served in several campaigns in South Africa including the Zulu War (1879).