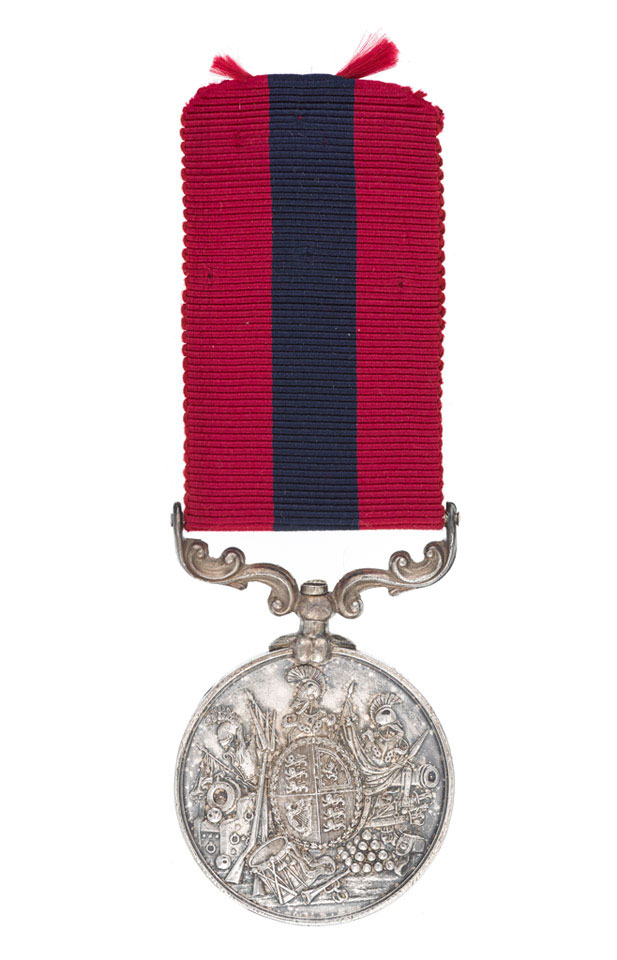 Circular, silver medal with, on the obverse, a trophy of arms, designed by Benedetto Pistrucci. On the reverse, the inscription, 'For Distinguished Conduct in the Field'. The edge is inscribed with the recipient's rank and name, 'Cr Sgt H Maistre'. The dark crimson ribbon has a central navy blue vertical stripe.

Henry Maistre was born in Jersey, and trained as a clerk. He enlisted at the age of 20 at Dover on 24 December 1868. He is first recorded as a private with the 94th Regiment of Foot. Maistre was tried, convicted and imprisoned for desertion in September 1869. Despite this episode, in 1872 he was promoted to corporal, sergeant in 1874 and quartermaster sergeant in 1880. He won the Distinguished Conduct Medal (DCM) for bringing the colours out of action at Bronkhorstspruit on 20 December 1880, during the Transvaal War (1880-1881). Maistre was discharged on 9 July 1890 as medically unfit for further service.