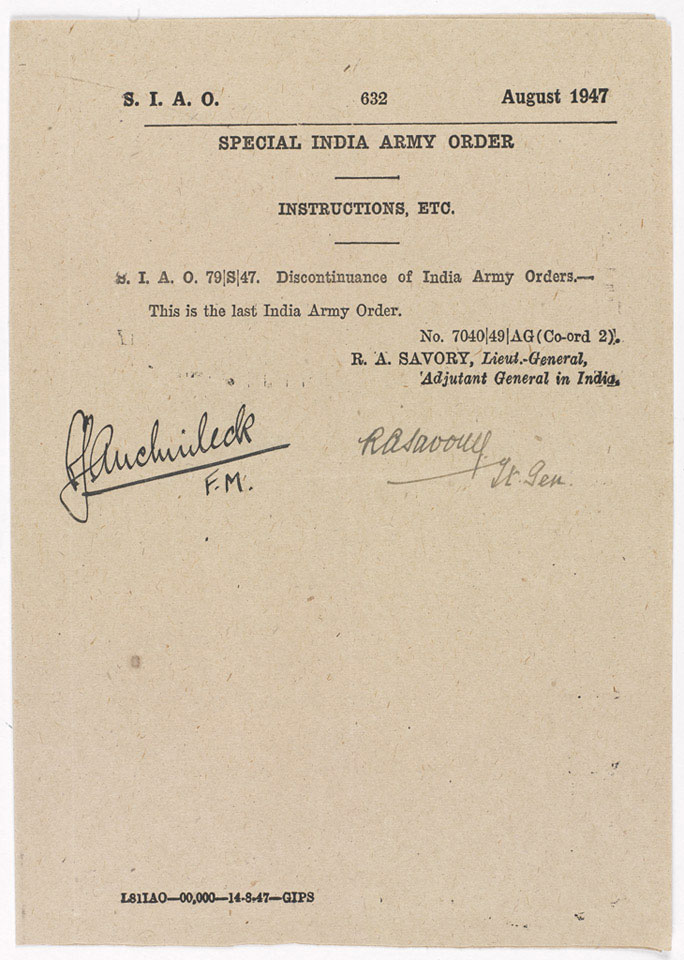 Copy of the Last India Army Order, printed at New Delhi on 14 August 1947

This is the last Indian Army Order and served as the administrative epitaph for the largest volunteer army in history. Indian and Pakistan's independence at midnight on 14-15 August 1947 was a key moment in the history of the British Empire. India had been its cornerstone and many colonies had been secured in order to protect the trade routes to it. Furthermore, the British withdrawal was clearly seen as a precedent by other parts of the Empire, hastening their calls for independence.

The end of British rule in India also spelled the end of the existing Indian Army and its administration. Field Marshal Sir Claude Auchinleck, who was to oversee the division of the army between India and Pakistan, and Major-General Reginald Savory, signed the text of the final order issued from the Adjutant-General's Office.