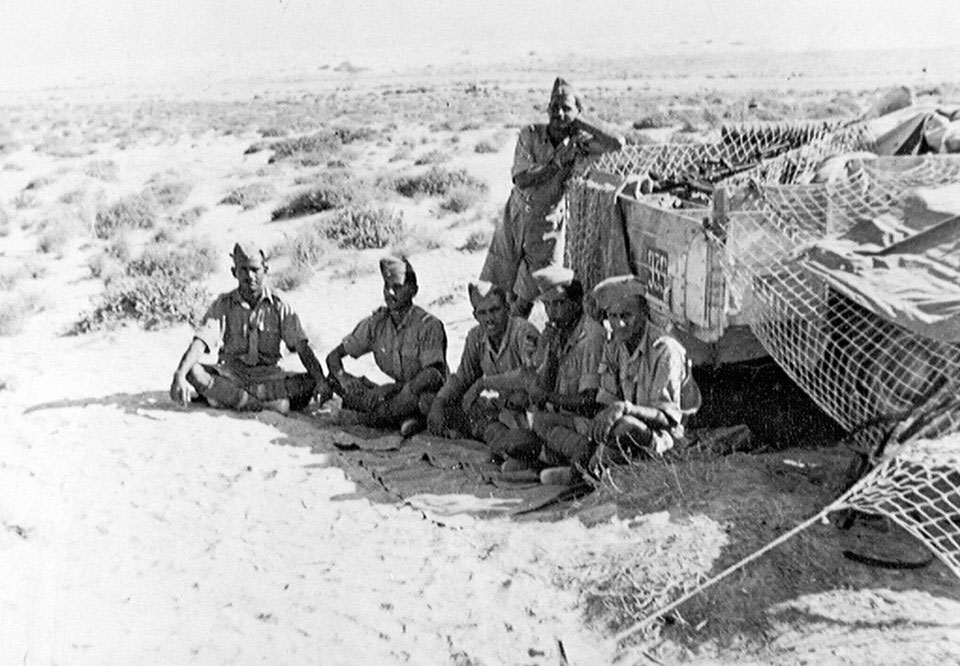 An Indian tank crew shelter in the shade of their vehicle, Western Desert, 1942 (c)

The daytime temperatures in the North African desert range from 20-60 C and it is often 40 C (104F) in the shade. The highest temperatures are in the late afternoon. At night the temperature drops. The extreme heat of the day and intense cold of night made life uncomfortable for the troops. The shortage of water increased their discomfort. The heat was a particular problem for armoured units. The inside of tanks was almost unbearable and made worse by the heat of engines and guns.