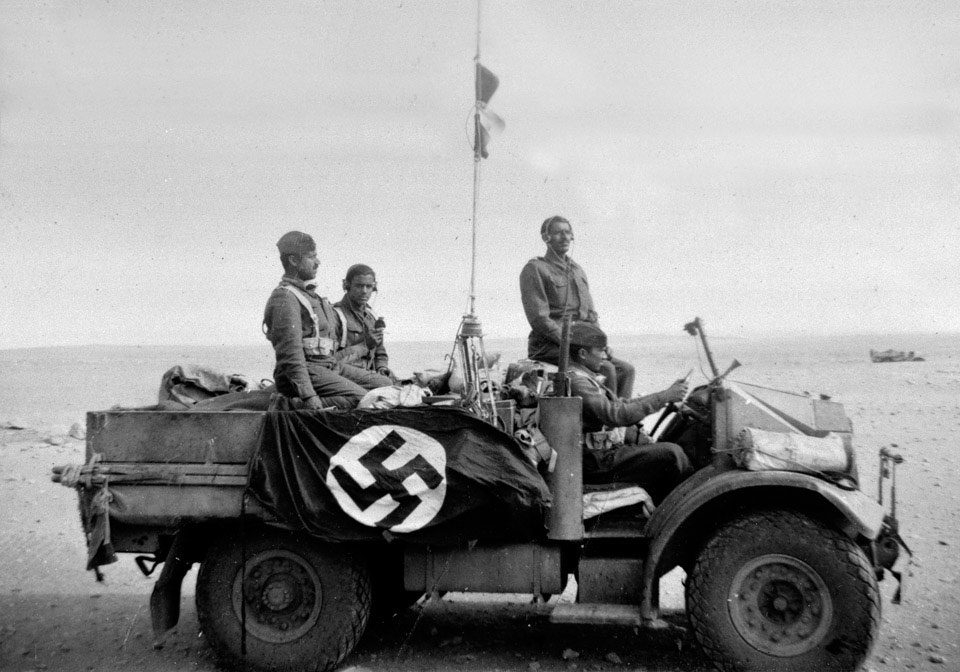 Its position in the album compiled by Captain (later Lieutenant-Colonel) Birdwood suggests that this photograph was taken soon after Benghazi (Libya) was re-occupied by the British on 24 December 1941 after the Germans had abandoned the city. Earlier in 1941, when operating against Axis forces in the Solum area of the Western Desert, the regiment was subject to frequent attack by low-flying aircraft.