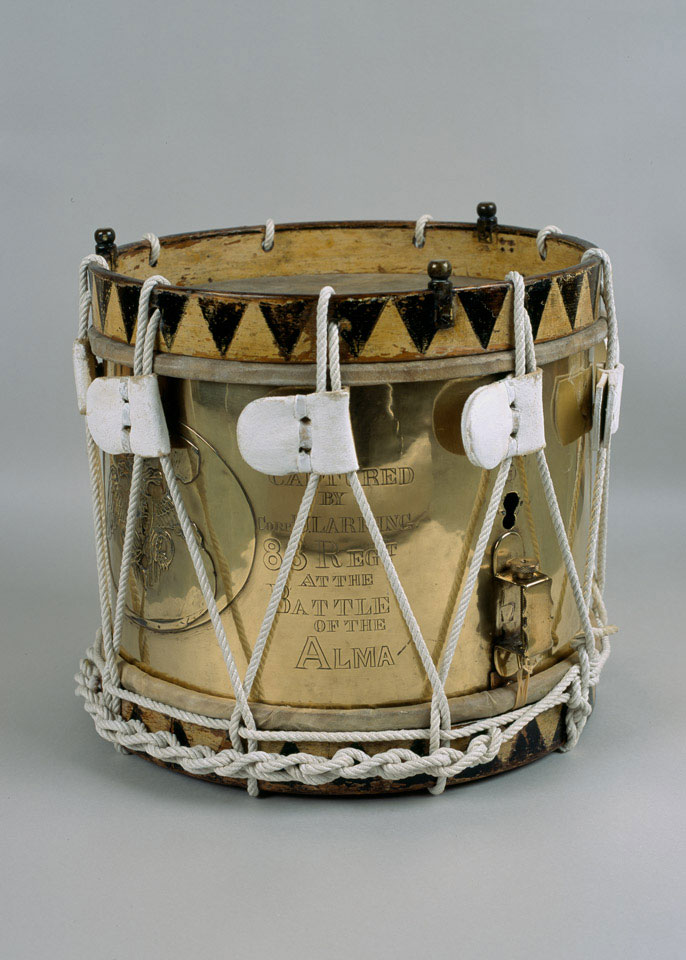 This Russian side drum was captured by Corporal John Larking of the 88th Regiment of Foot (Connaught Rangers) at the Battle of the Alma, during the Crimean War (1854-1856). Its capture is commemorated in an engraved inscription on the drum. The twin headed spread eagle depicted on the drum is a common symbol in heraldry and vexillology (the study of flags). Originally used in Byzantine heraldry to represent the dual sovereignty (secular and religious) and dominance of the Roman Emperor over both the East and West, it was later adopted by the Russian tsars to position themselves as successors to the Byzantine state and to symbolize their power over Europe and Asia.