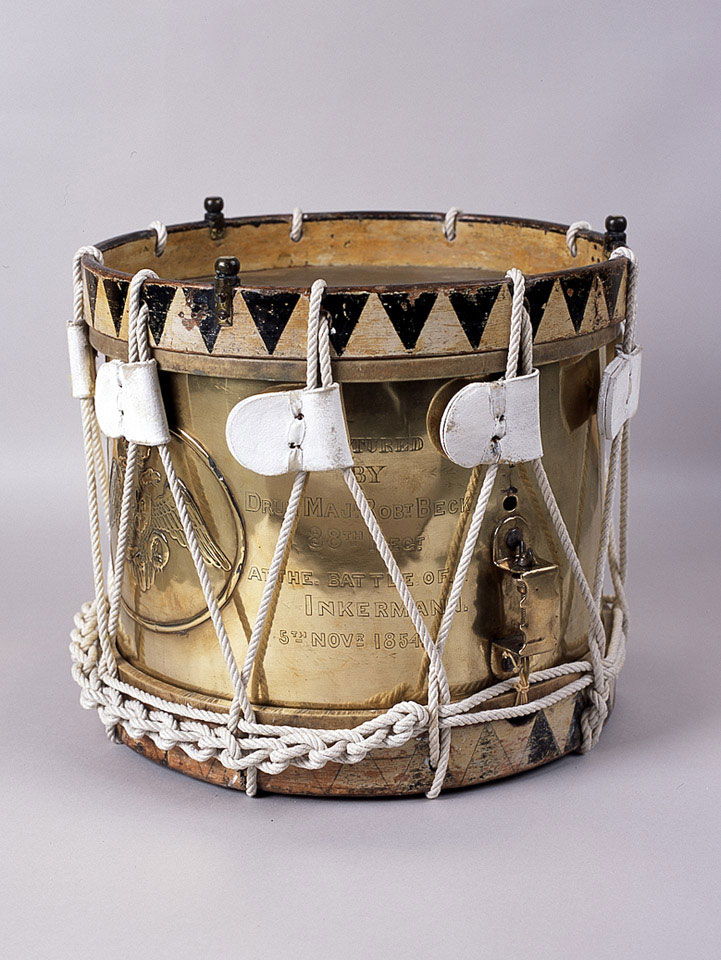 This side drum was captured during the Crimean War (1854-1856) by Drum-Major Robert Beck of the 88th Regiment of Foot (Connaught Rangers) at the Battle of Inkerman on 5 November 1854. Its capture is commemorated in an engraved inscription on the drum. This side drum depicts the twin headed spread eagle, to symbolise Russia's dual sovereignty over the East and West.

Traditionally it was the role of the drum major to perform mostly duty calls and battle signals and direct a fife and drum corps who would use short pieces to communicate to field units. Yet with the arrival of radio, bands and drum corps were no longer needed as signalling units, and today military bands operate separately from the military to varying degrees.