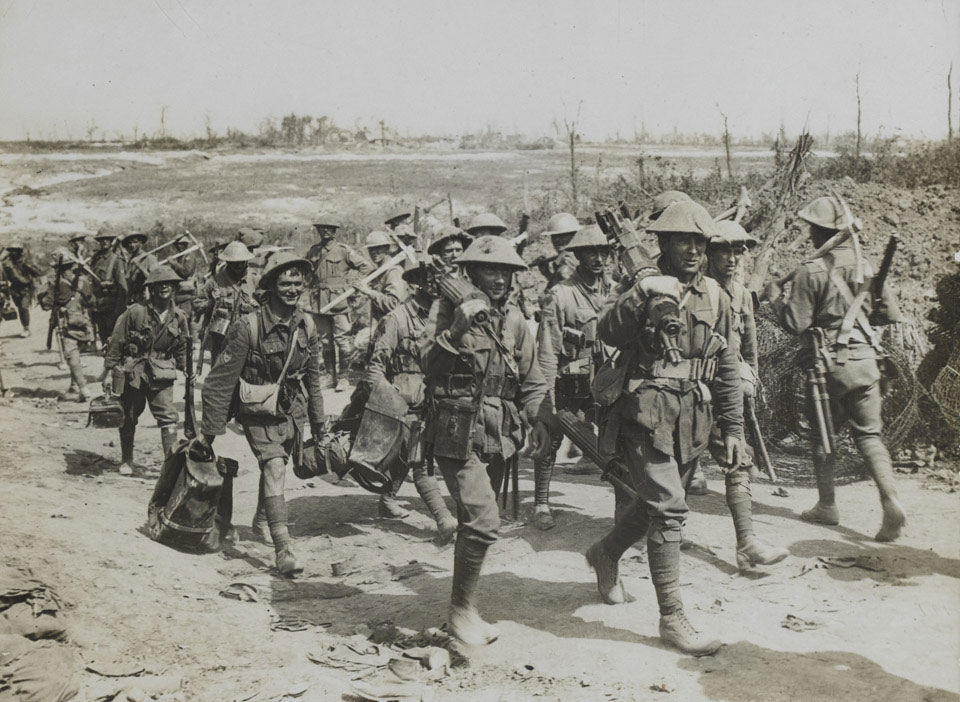 A Vickers machine-gun team marching past a working party heading in the opposite direction, September 1916

The Vickers normally required a six to eight-man team to operate: one to fire, one to feed the ammunition, and the rest to help carry the gun, its tripod, ammunition and spare parts. These men, from the 2nd Australian Division, are returning from the trenches. The destroyed village of Contalmaison on the Somme is visible in the far distance.

From a photograph album compiled by Lord Henry Seymour Rawlinson while Commander in Chief in India.