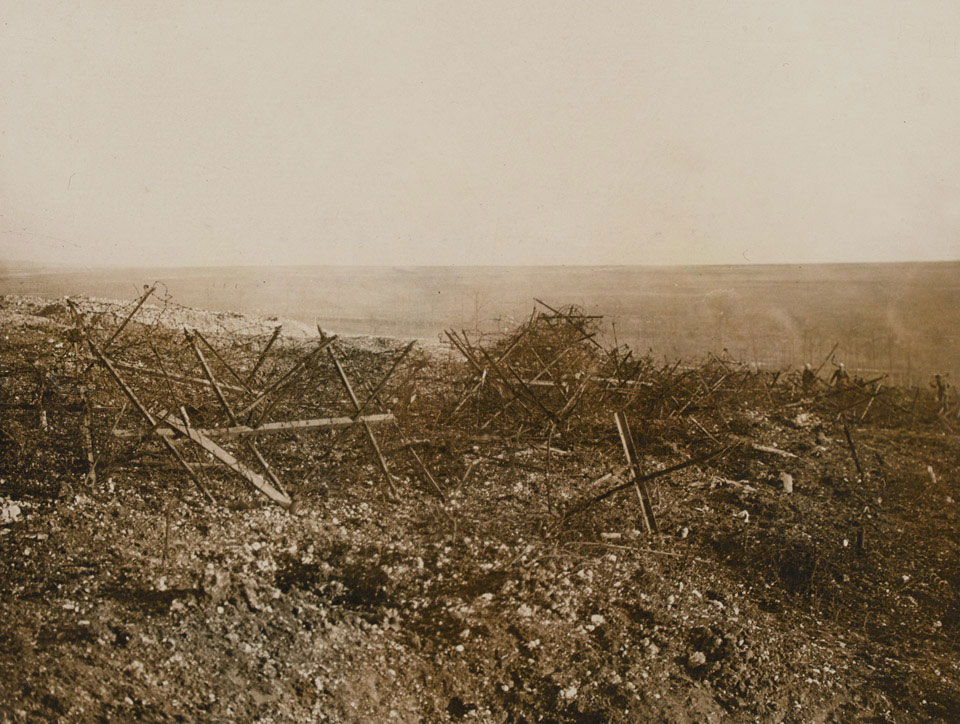 This photograph was taken during the Battle of the Ancre (13-18 November 1916), the last British attack during the Somme offensive. Beaucourt was captured by the 63rd (Royal Naval) Division on 14 November.

From a group of 550 photographs compiled by Lord Henry Seymour Rawlinson while Commander in Chief in India, 1916-1919.