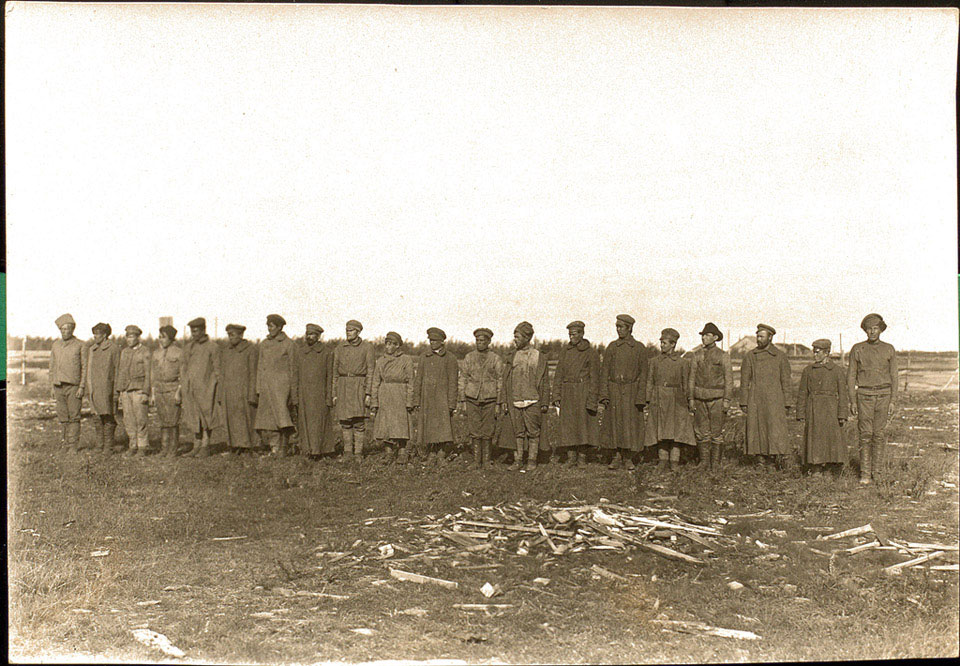 British Army involvement in the Russian Civil War (1917-1923) was largely focused on the northern ports of Archangel and Murmansk, and in the south at Baku and the Caucasus and Transcaspia in Central Asia.

The Russian withdrawal from World War One (1914-1918) in March 1918 meant that British military supplies and equipment in Russia were vulnerable to German or Bolshevik acquisition. The British also wanted to prop up their influence in the south in order to safeguard the approaches to India and resist any Turkish, German or Bolshevik schemes in the region.

The end of the war in November 1918 eroded the primary reasons for British involvement. Although financial assistance for anti-Bolshevik forces continued, war-weary Britain was reluctant to continue deploying soldiers there. Most had been withdrawn by mid-1919. From a group of 550 photographs, compiled by Lord Henry Seymour Rawlinson while Commander in Chief in India, 1916 (c)-1919.