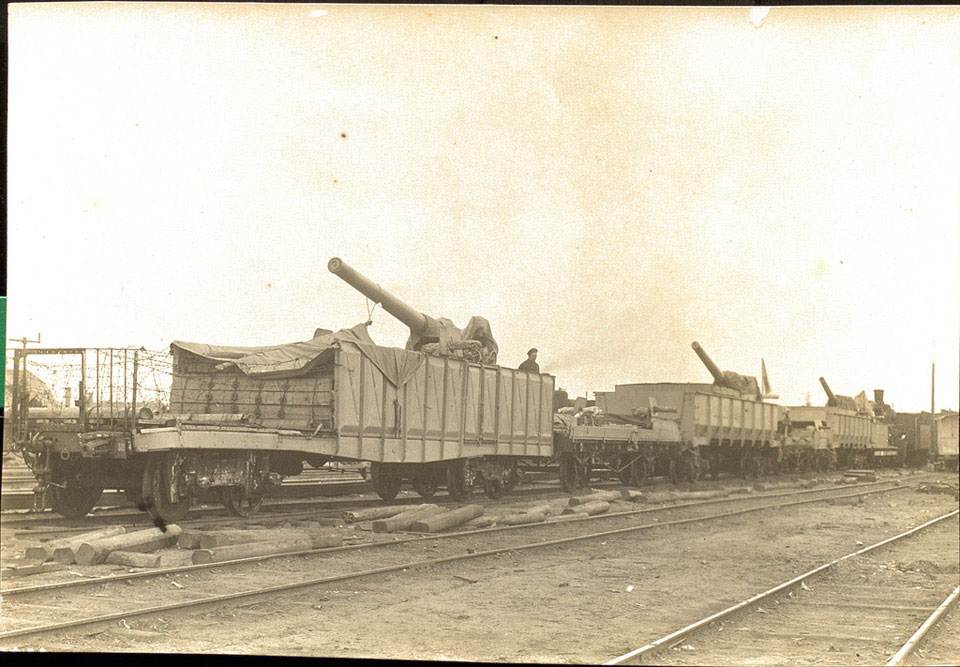 Guns on an armoured train in Russia, 1919

During the Russian Civil War (1917-1923) and the associated Allied interventions trains played a vital role in the fighting as there were few roads across the vast expanses of the country. Troops were dependent on trains for movement, supplies and supporting firepower.

From a group of 550 photographs compiled by Lord Henry Seymour Rawlinson while Commander in Chief in India, 1916 (c)-1919.