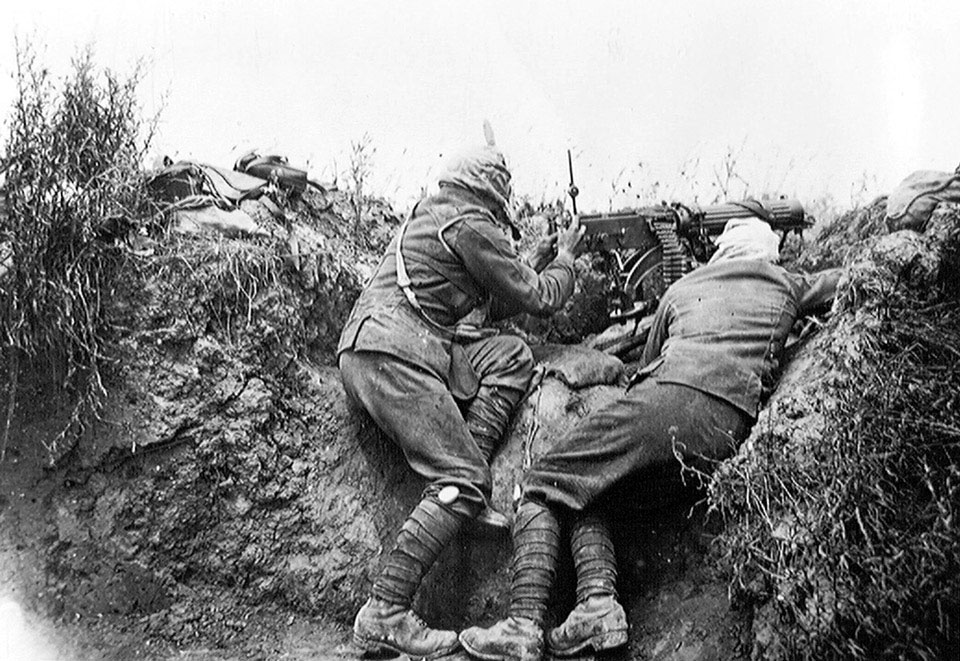 Vickers machine gun team in gas masks, near Ovilliers on the Somme, July 1916

In 1914 each British battalion had two .303 Maxim Machine Guns. These were replaced by the modern Vickers, which was produced in greater and greater numbers as the War progressed. A total of 75,000 were eventually manufactured. In 1915 it was decided to concentrate these heavy water cooled weapons into the Machine Gun Corps (MGC). Local firepower for the infantry was provided by the lighter man portable Lewis Gun which was also manufactured in large numbers.

The Vickers machine gunners of the MGC in their role in offensive and defensive barrages were always a prime target for enemy fire. Casualties were so heavy (62,000 out of 170,000 officers and men) that the Corps was nicknamed the 'suicide club'.

From a photograph album compiled by Lord Henry Seymour Rawlinson while Commander in Chief in India.