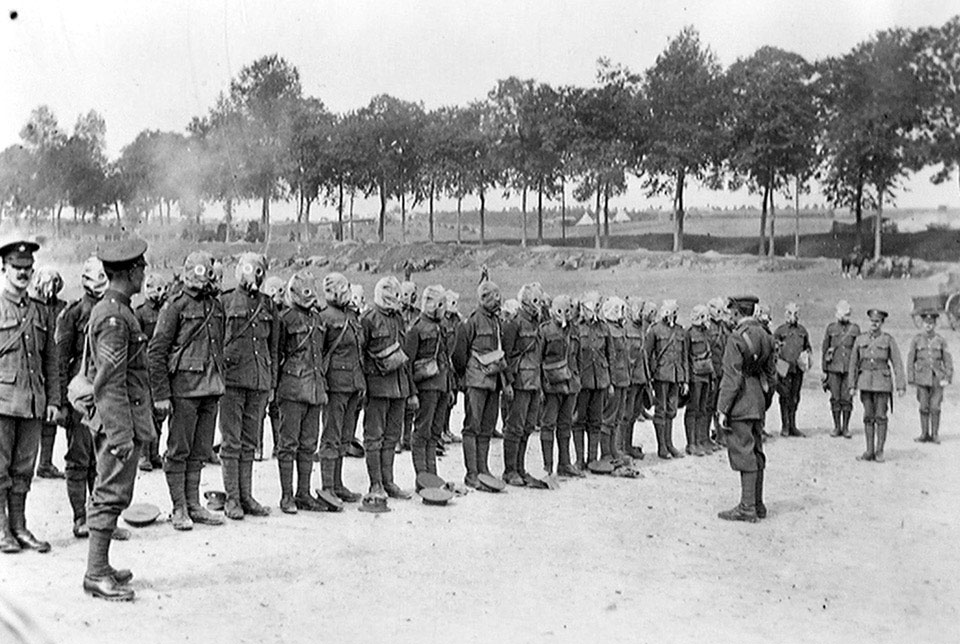 Irish Guards lined up for respirator drill on the Somme, September 1916

The introduction of gas warfare in 1915 created an urgent need for protective equipment to counter its effects. A piece of gauze or cotton wadding, soaked in urine or bicarbonate of soda, provided some protection, but the British Army soon developed a range of gas helmets based on fabric bags and hoods that had been treated with anti-gas chemicals (as in this photograph). Improvements continued to be made and by the middle of 1916 the small box filter respirator was in circulation. This design gave protection against the different gases in use. Despite this, during the war the British Empire suffered over 180,000 gas casualties.

From a collection of 550 photographs, compiled by Lord Henry Seymour Rawlinson while Commander in Chief in India, 1916 (c)-1919.