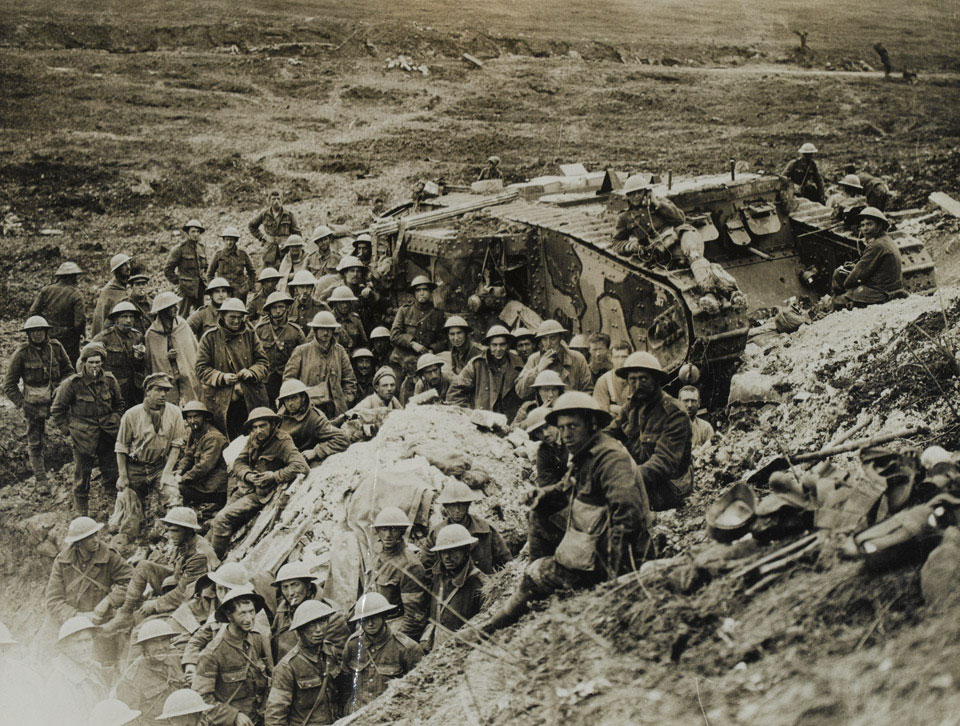 Two days prior to this photograph the tank had led the soldiers into the eastern part of Flers on the Somme. Six Commonwealth divisions were involved in the Flers-Courcelette attack of 15 September, an operation that saw tanks deployed on the Western Front for the first time.

When the attack commenced, only 15 tanks were able to move into no-mans land. These machines made a great impact on the Bavarian troops facing them, many of which were terrified, and a few tanks were able to advance far into the enemy defences. These were gradually reduced in number by breakdowns and enemy action. Flers, Courcelette, and a great deal of enemy artillery, were captured, but a total breakthrough eluded the attackers. The operation was called off on 22 September.