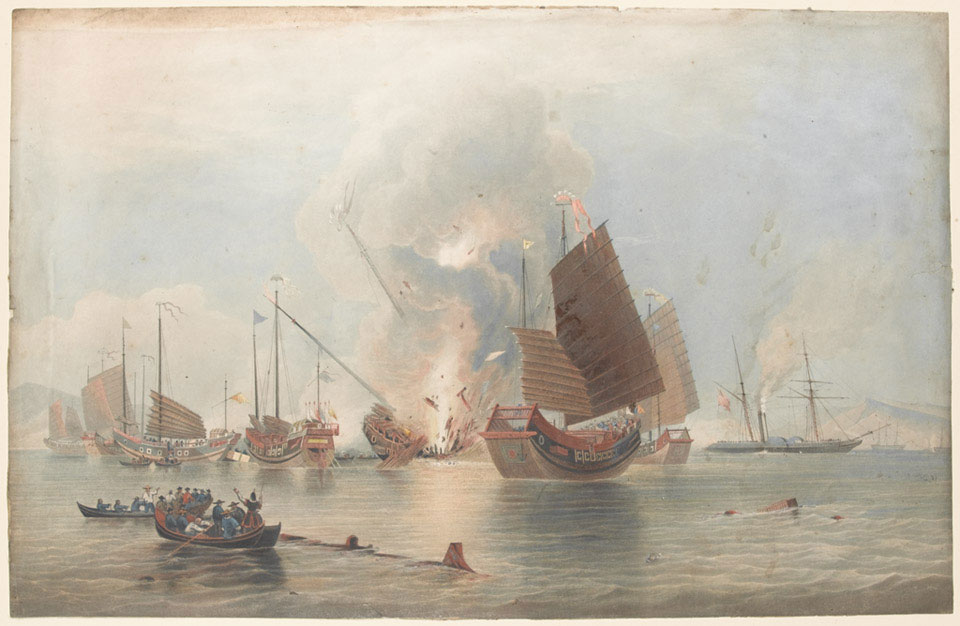 Coloured aquatint by and after E Duncan, 1843.

During the 1st China War (1839-1842) 'Nemesis (1839) devastated Chinese shipping. She was the first British ocean-going iron warship, yet her shallow draught allowed her to enter rivers in pursuit of targets. At the 2nd Battle of Chuenpee in January 1841 'Nemesis' and a fleet of other British ships captured a strategically vital Chinese fort and then attacked a fleet of 15 junks.