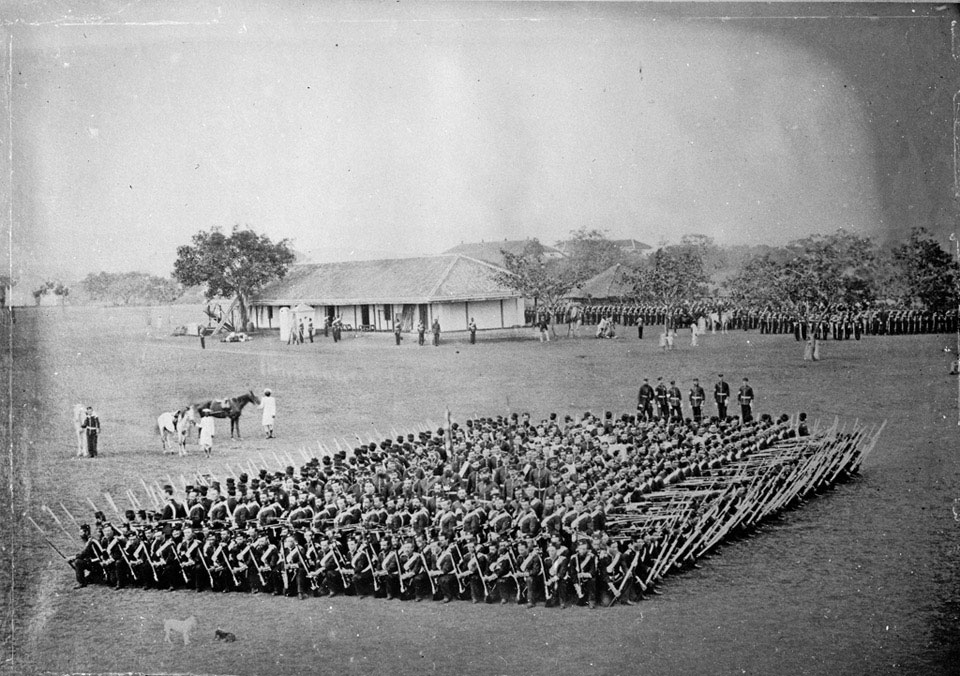 The traditional British tactic for opposing a cavalry attack was the square. In this formation an infantry regiment would draw up in a square with men on each side facing outwards with fixed bayonets. Although this tactic was out of date in Europe in an era of long-range and rapid-fire rifles, it was still a feature of late 19th century colonial campaigns against indigenous warriors, so British units in India still practised manoeuvring into position.