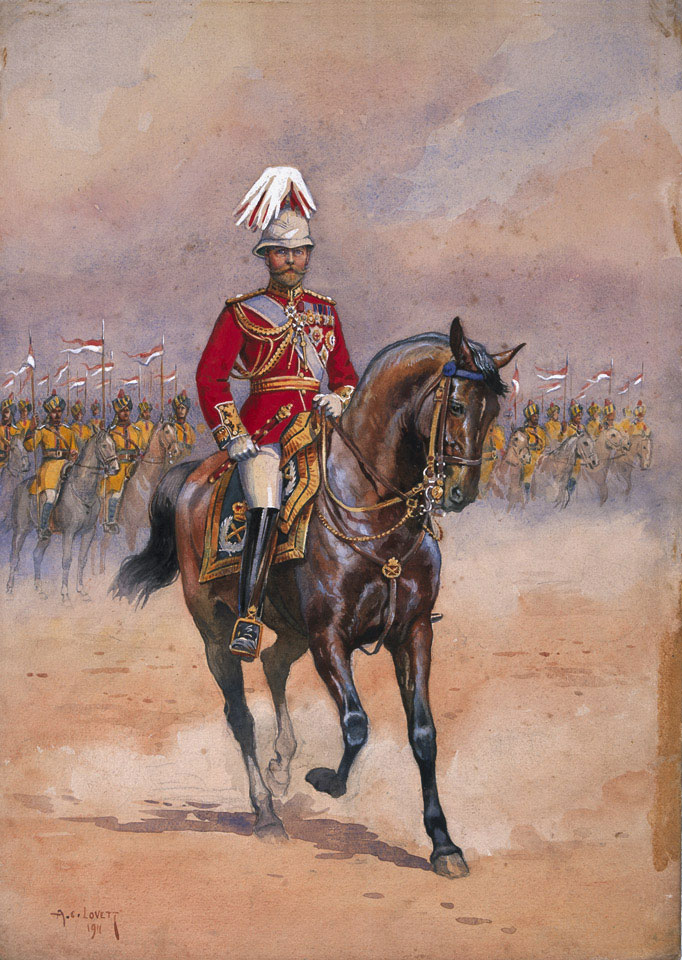 His Majesty the King Emperor, 1911

King George V at the head of a troop of 1st Duke of York's Own Lancers (Skinner's Horse). George was the only Emperor of India to attend his own Durbar, where he appeared before his Indian subjects wearing the Imperial Crown of India.

He was not actually crowned as emperor during the ceremonies because the Archbishop of Canterbury, Randall Davidson, did not think it right that a Christian religious service should occur in a country where the people were predominantly Hindu and Muslim.