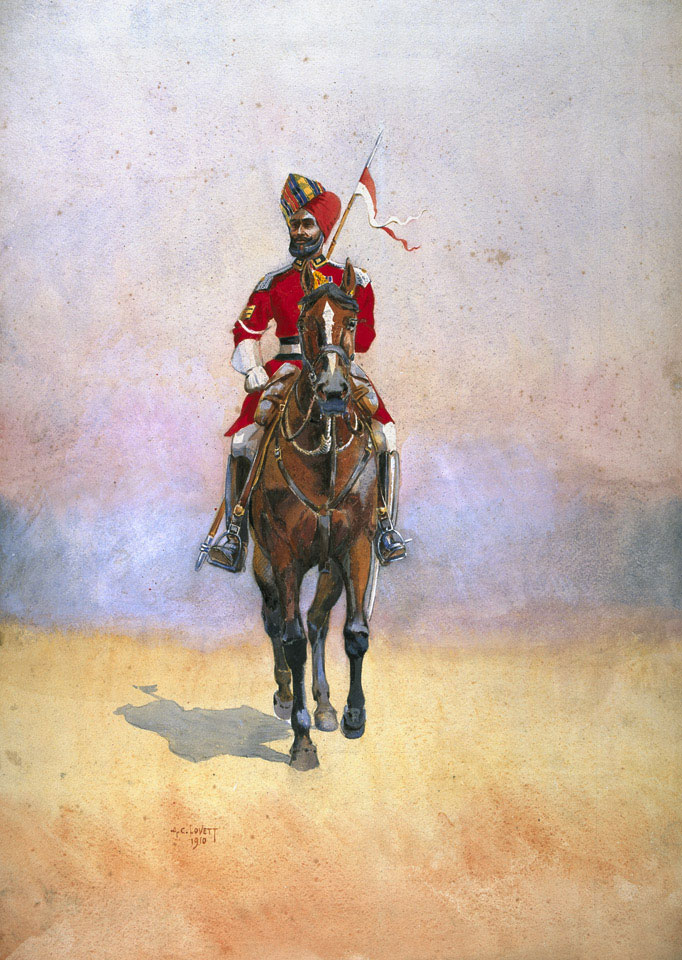 Musalman Rajput of the Governor of Bombay's Bodyguard, 1910

The Bombay Governor's Bodyguard was formed in 1865 from part of the 1st South Mahratta Horse. Like its counterparts of the Governor of Madras's Bodyguard and the Governor General's Bodyguard, the Bombay force was an Indian equivalent of Britain's Household Cavalry.