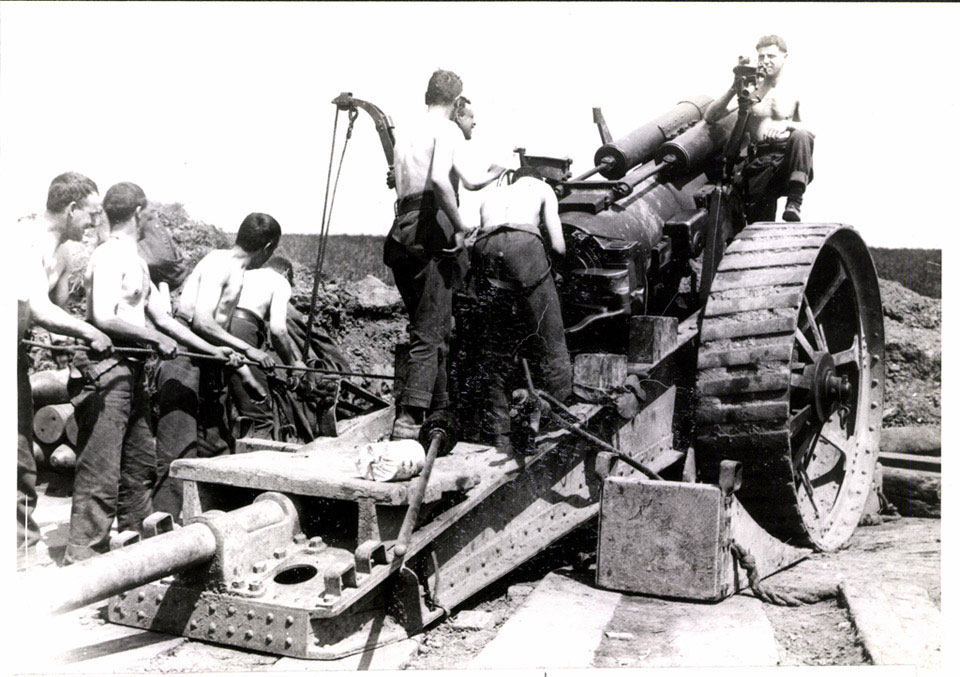 The crew of a Canadian BL 8-inch howitzer load their gun while dressed in shirtsleeves order. Siege batteries' heavy howitzers were designed to fire shells at high trajectory but relatively short ranges. In 1917 the Canadian Army had two 6-gun 8-inch batteries serving on the Western Front.