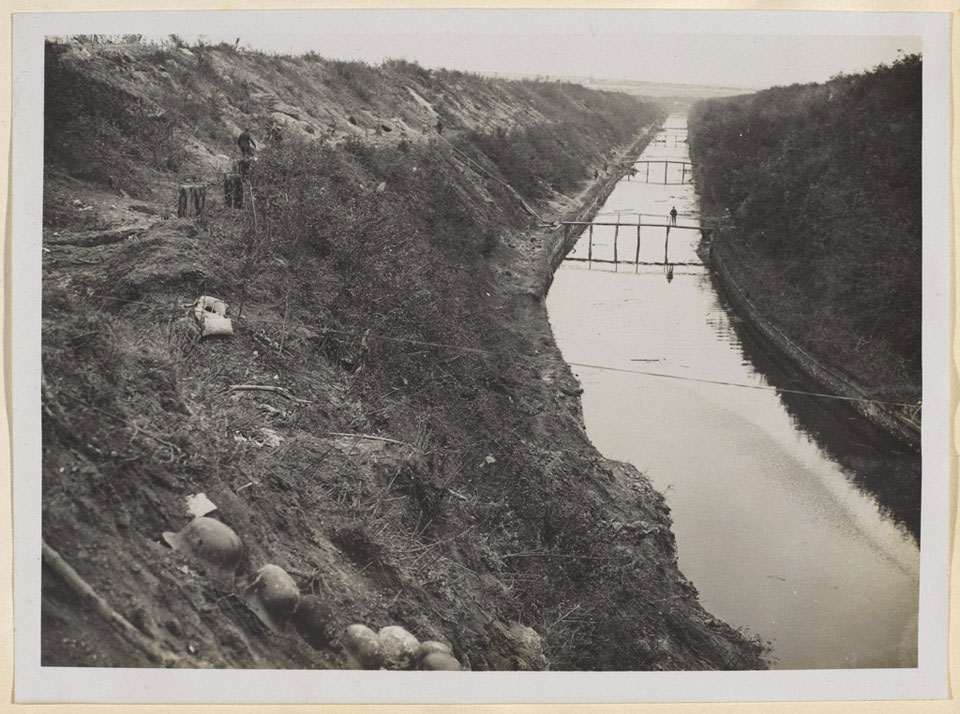 The St Quentin Canal, part of the Hindenberg Line near Bellanglise, 2 October 1918

On 29 September 1918 the Allies attacked on the St Quentin Canal as part of their great offensive. Australian and American troops assaulted a strongly defended sector at Bellicourt with tanks, artillery and aircraft being used in a co-ordinated attack. Meanwhile, the British 46th Division made an amphibious crossing of the canal to the south in what was widely regarded as one of the most brilliantly executed actions of the war. The division captured over 4,000 prisoners and prevented the Germans from destroying the Riqueval Bridge over the canal.