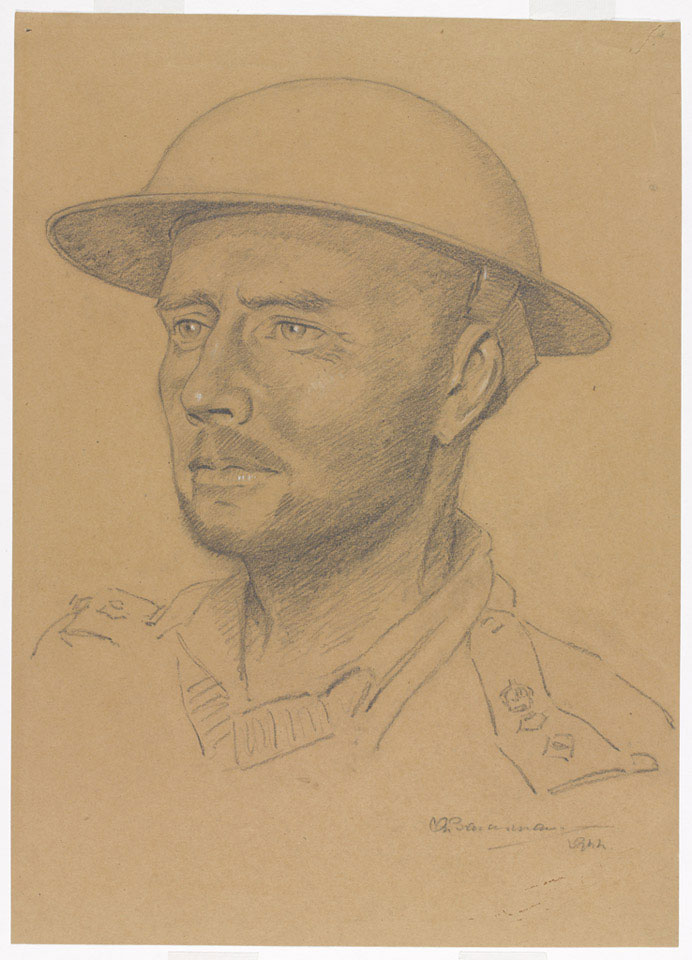 Colonel Hugh Richards (d.1983), formerly of the Chindits, commanded the 2,500-strong Kohima garrison during the Japanese attack on the hill top town in Nagaland. Faced by 15,000 enemy soldiers, the British-Indian troops held a tight defensive perimeter centred on Garrison Hill.

Between 5 and 18 April 1944 Kohima saw some of the bitterest close-quarter fighting of the war. In one sector, only the width of the town's tennis court separated the two sides. When on 18 April the relief forces of the British 2nd Division arrived, Richards's defensive perimeter was reduced to a shell-shattered area only 350 metres square.