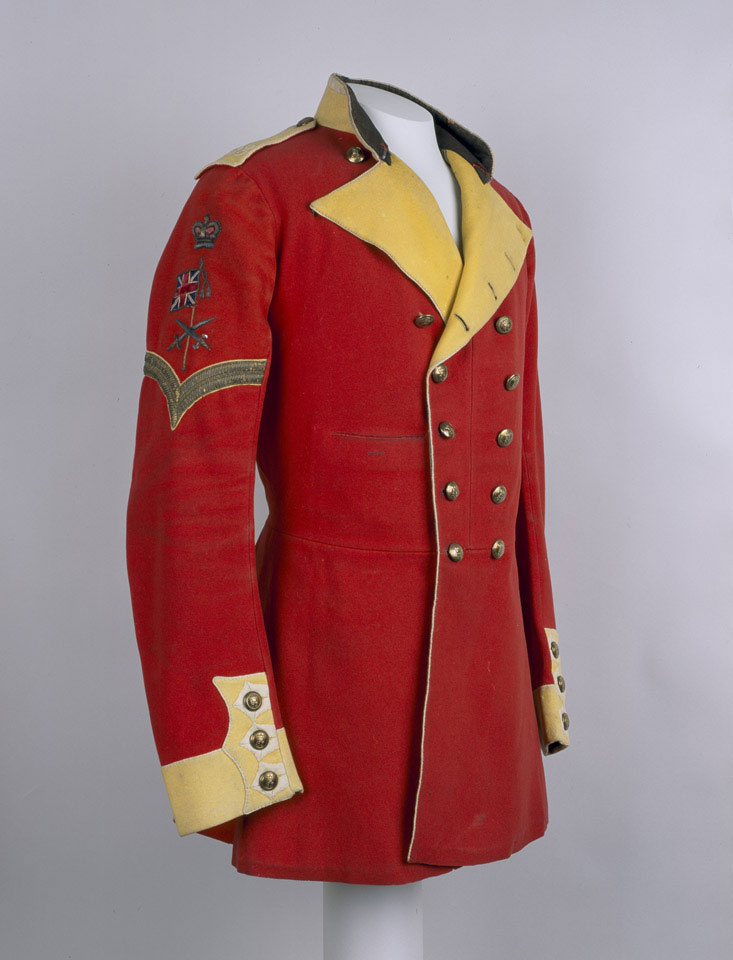 This full dress tunic was worn by Colour Sergeant J Anderson of the 83rd Regiment of Foot. However, he would not have worn it for long as on 28 March 1856 it was announced that the double-breasted tunic would be replaced by a single-breasted version on 1 April the following year.

The 1855 pattern tunic was a considerable departure from the old coatee: instead of being cut away at the front, the skirts of the tunic reached all the way round. Moreover, while the front of the coatee had been heavily covered in lace, the tunic was bereft. The collar too was lower and the buttons were made of brass rather than pewter.