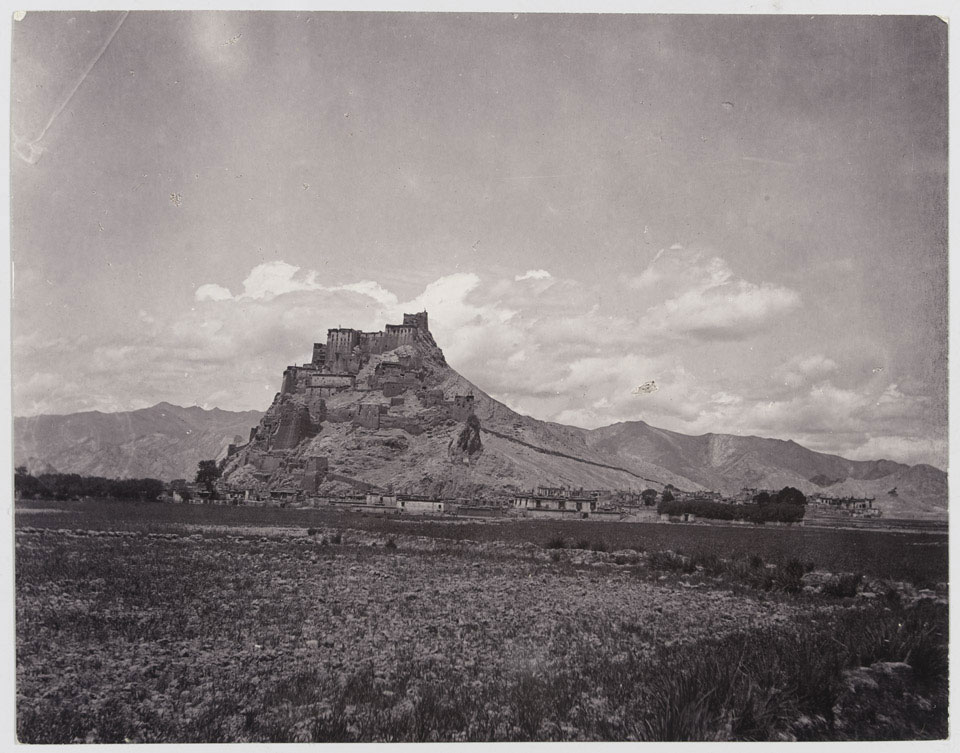 This image was taken the morning after the capture of the fortress (or jong). A breach was eventually made in the walls by the mountain artillery and then a force of Gurkhas and men from the Royal Fusiliers stormed the fort after a short but bitter fight. During that action Lieutenant John Grant of the 8th Gurkhas won a Victoria Cross (VC).

One of 157 photographs taken by Major MacCarthy Reagh Emmet Ray in Tibet, showing views, groups, artillery in action, camp at Gyantse and portraits, 1904.