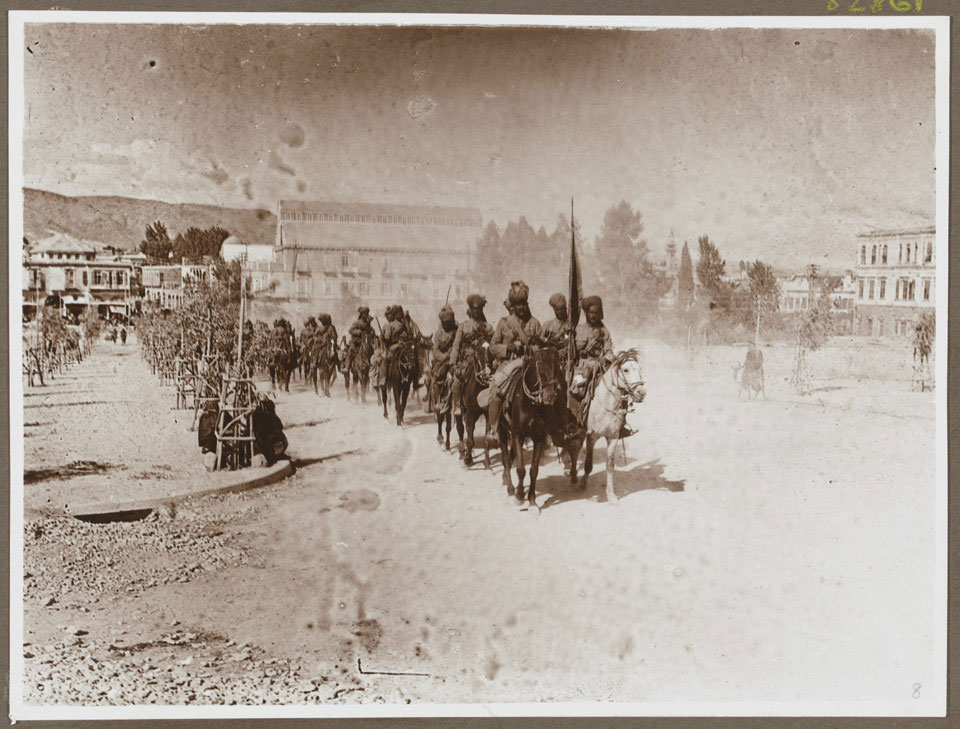 General Sir Edward Allenby, who was appointed Commander of British forces in Egypt in June 1917, was determined to conquer Palestine, defeat the Turks and if possible, drive them out of the war altogether. He reached Jerusalem by 9 December, but was prevented by an unusually wet winter and demands for troops for the Western Front from continuing his offensive until late summer 1918.

The cavalry, part of Australian General Sir Henry Chauvel's Desert Mounted Corps, played a prominent role in the final major battle of Megiddo (19-21 September 1918), and Allenby swept on into Syria, occupying Damascus, Beirut and, on 25 October, Aleppo. A composite squadron from each regiment took part in a formal and official march through Damascus on 2 October. It was intended as a show of force rather than a triumphal entry.