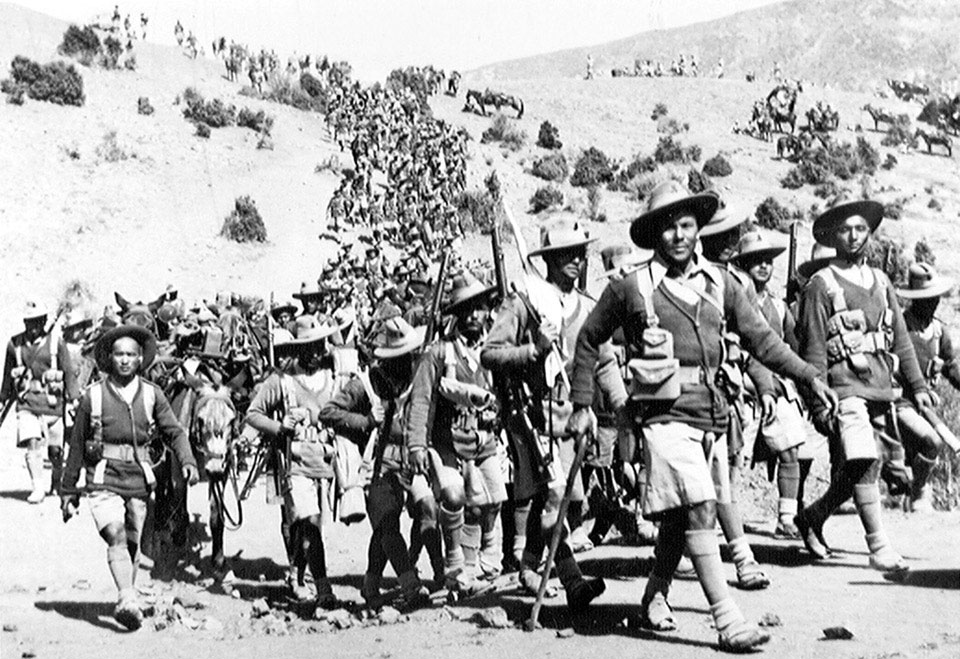 In the so called 'Tribal Territory' on the North West Frontier the majority of routes which could be used by a force of any size lay in the valleys and were usually within effective range of the heights on either flank. As a column or convoy advanced, picquets were posted on peaks or ridges on both sides of a valley to deny this high ground to the enemy. No movement took place at night. When the camping ground was reached, picquets constructed small forts with stone walls (sangars) all round the camp site to prevent it being fired into. The camp itself, which was also surrounded by a stone wall, could then be made.