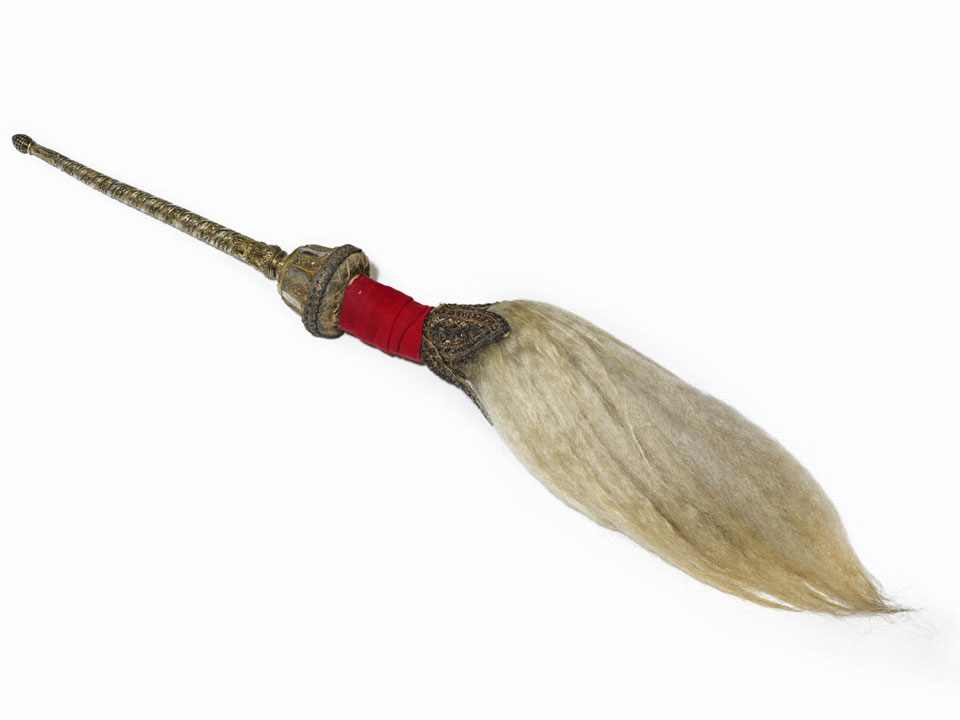 The storming of Delhi was one of the key engagements of the Indian Mutiny (1857-1859). Despite strict orders against individual looting, many of Delhi's treasures filled the pockets of the British and Indian troops who captured the city in September 1857. The loot was supposed to have been handed over to official prize agents who would then auction it and divide the proceeds. Taken from the Moghul Emperor's palace, the famed Red Fort, by a British soldier, the handle of this whisk consists of a tapering silver cylinder with a spiral band of silver gilt flora attached to a length of yak hair.