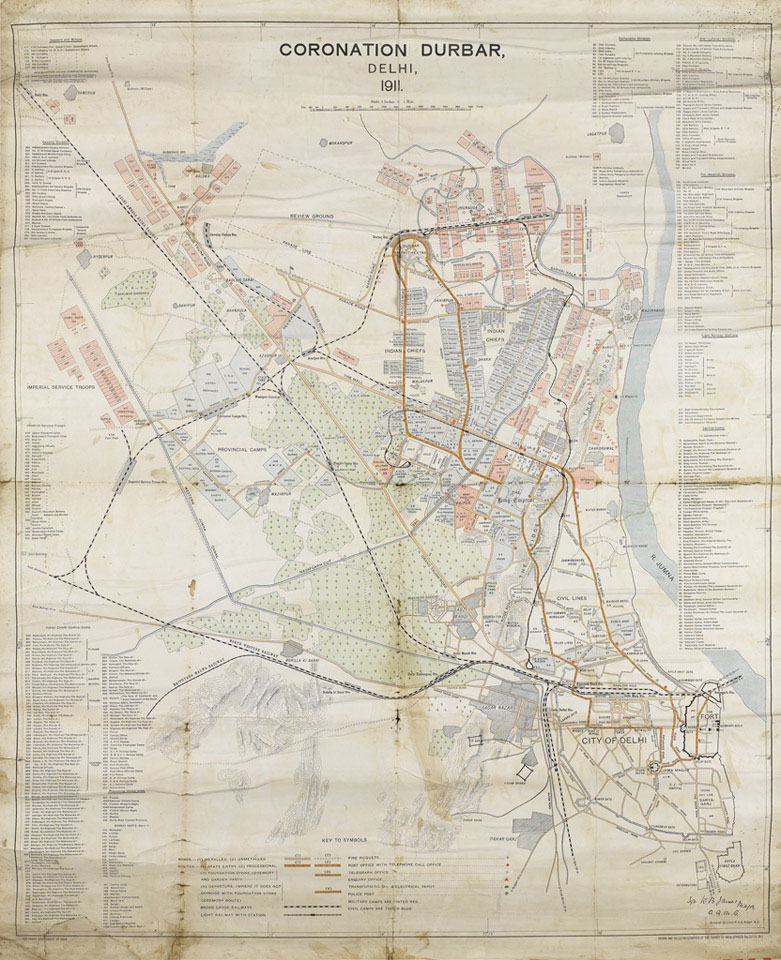 Plan of Delhi marking the encampments of the units taking part in the Coronation Durbar, 1911

The Delhi Durbar of December 1911 was held to commemorate the coronation of King George V and Queen Mary as Emperor and Empress of India. Over 30,000 British and Indian soldiers attended the event. Following his coronation the King announced that the capital of British India would be moved from Calcutta to New Delhi. He also laid the foundation stone for the new capital which was subsequently inaugurated in February 1931.