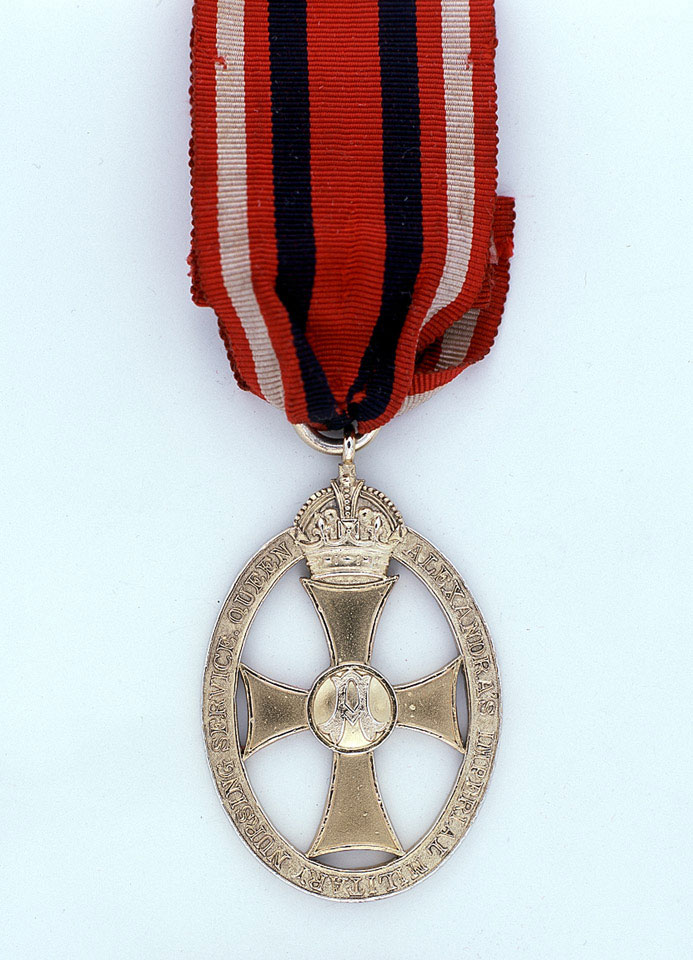 A cross surmounted by a monarchial crown within an oval circlet bearing the title on a voided ground. At the centre of the cross, within a circlet, the frosted letter 'A' upon a burnished ground. The badge has a ring suspender through which the corded silk red, white and dark blue ribbon passes through.

During World War One (1914-1918) around 10,000 regular and reserve nurses from Queen Alexandra's Imperial Military Nursing Service worked in France, Belgium, India, East Africa, Italy, Palestine, Egypt, Mesopotamia, Salonika and Russia. Becher (1869-1948) was Principal Matron at the QAIMNS Head Quarters between 1903 and 1910 and later served as Matron in Chief from 1910 until 1919.

From a medal group awarded to Dame Ethel Hope Becher.