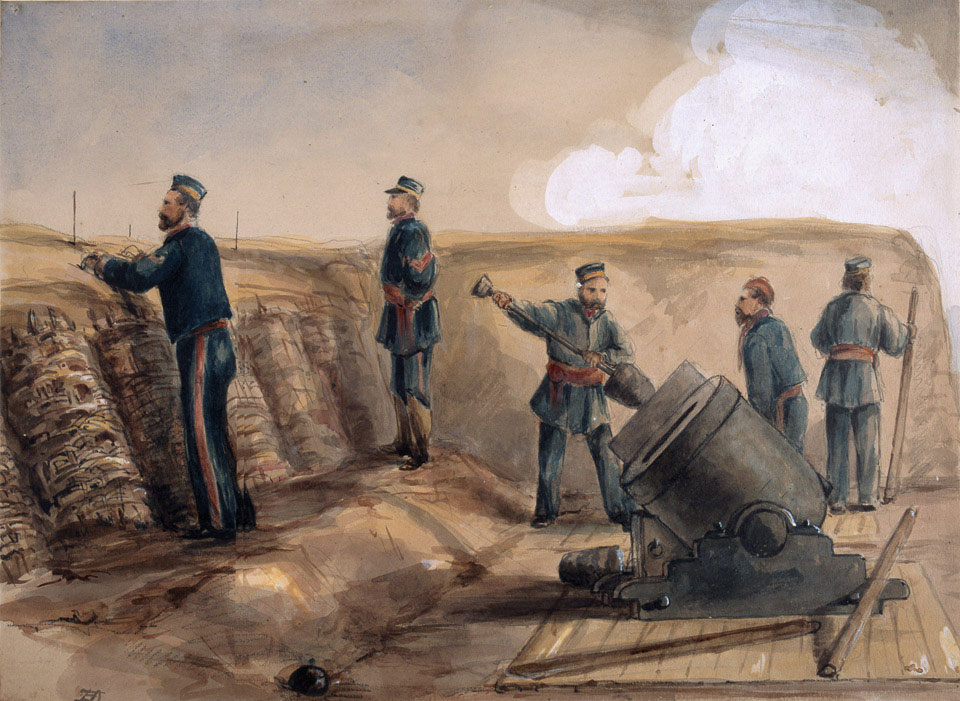 In the spring of 1855 the British brought up to the batteries before Sevastopol a number of 13-inch mortars. With their high trajectory they seemed ideal for lobbing bombs at buildings within the town. Major-General William Codrington (1804-1884), who commanded a Brigade of the Light Division throughout the Crimean War (1854-1856), in a letter written home on 19 April, seems to be unconvinced about the usefulness of these mortars: 'These big mortars have not been of half the power which was anticipated - the weight and recoil is so heavy that the platforms are very much shaken, and thus destroy the correctness of fire; and the buildings are so large that even a hole made by a shell is like a pin in appearance. It is better to send them at the Works.'