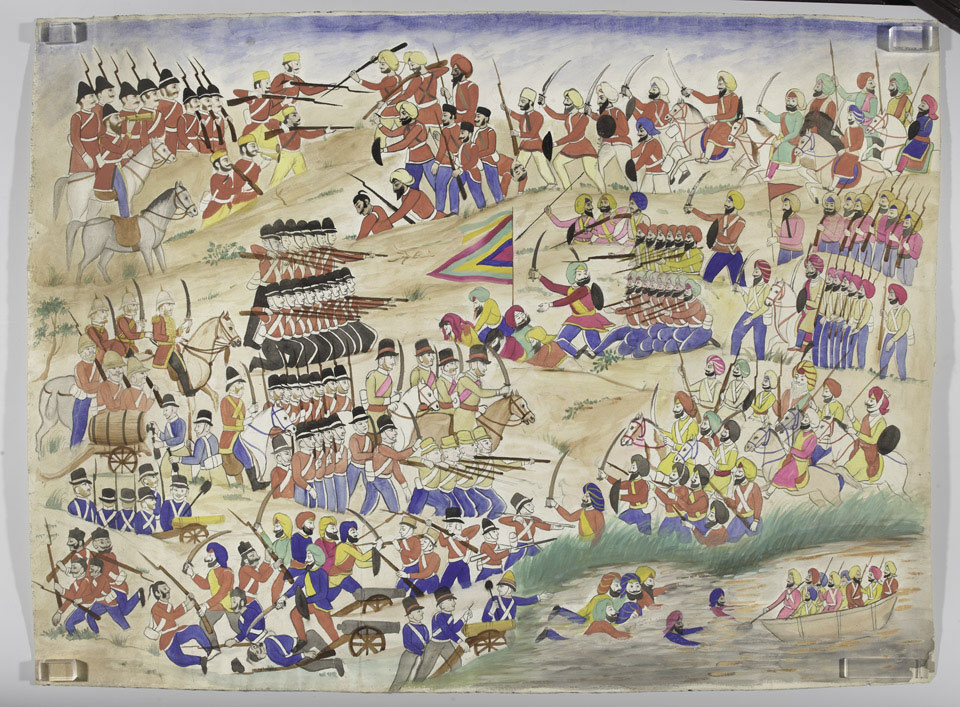 A battle between British and Sikh forces, possibly Sobraon, 10 February 1846

Watercolour on European paper by a Company artist of the Punjab School, 1904 (c).

In the right foreground several Sikh soldiers try to escape the battle by boat or by swimming away. This suggests the painting may depict the Battle of Sobraon (1846), fought on the banks of the River Sutlej during the 1st Sikh War (1845-1846). This was the decisive battle of the campaign and ended in a British victory.

Company paintings of battle scenes are rare. The watermark in the paper indicates that this is a copy dating from 1904 of an earlier painting of a battle during the Anglo-Sikh Wars (1845-1846 and 1848-1849). The bright colours and simplistic style indicate that it was a cheap copy sold in a bazaar. By 1900 true Company painting had all but died out but a small market still existed for images like this, which came from the collection of Field Marshal Lord Roberts (1832-1914).