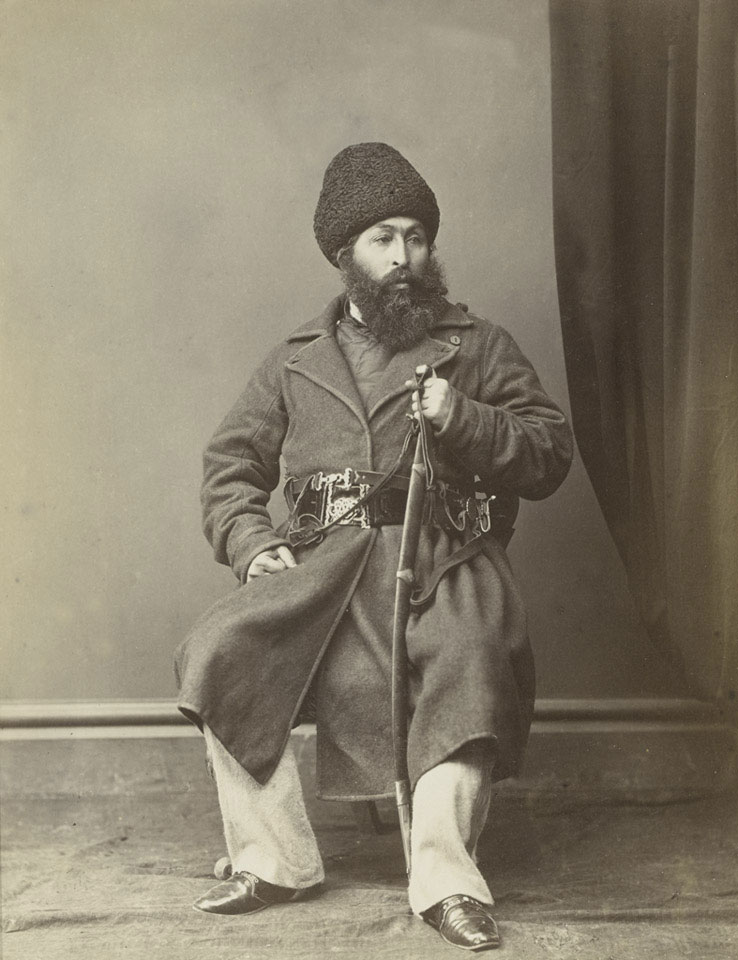 Amir Sher Ali Khan (1825-1879) was the son of Dost Muhammad and ruled Afghanistan between 1863 and 1879. For much of his reign he was on good terms with the British, but after he had received a Russian diplomatic mission while refusing to accept a British envoy, Lord Lytton, the Viceroy of India, decided to act against him. He ordered a diplomatic mission to set out for Kabul in September 1878, but this was turned back at the eastern end of the Khyber Pass. The British then decided to invade Afghanistan and replaced Sher Ali with his son, Yakub Khan, who signed the Treaty of Gandamak in May 1879. He accepted the presence of a British envoy and British control of Afghan foreign affairs. Sher Ali meanwhile, had decided to leave Kabul and seek asylum in Russia, but died at Mazar-e-Sharif in February 1879.