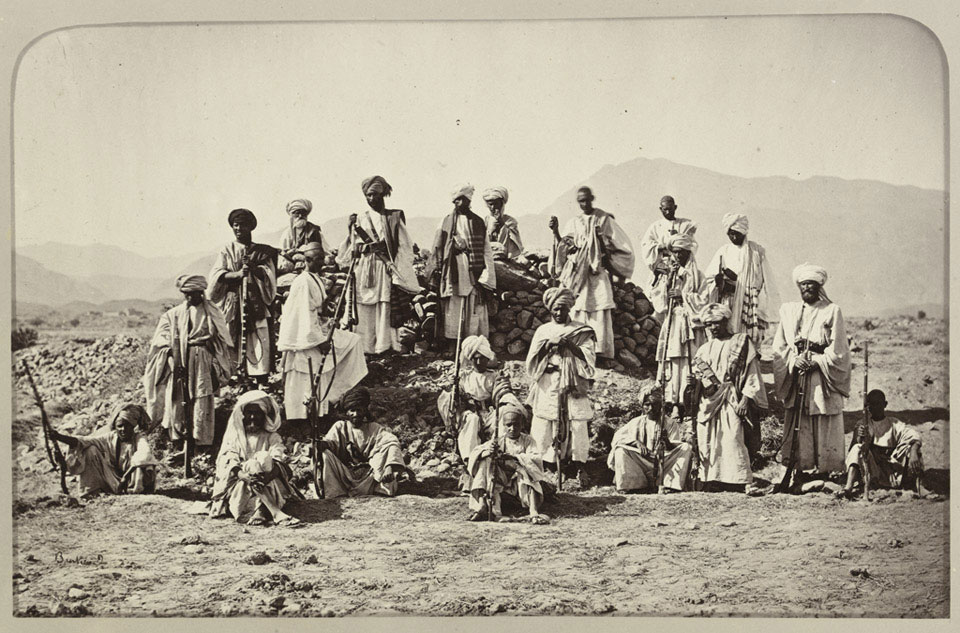 'Afridi Picket near Jumrood, Khyber and Rotass in distance', 1879 (c)

Jamrud is located at the entrance to the Khyber Pass, about 10 miles (17 km) from Peshawar. The Afridi tribe traditionally exercised the right of toll in the Khyber so during the 2nd Afghan War they harassed British communications in the pass until a force was sent to traverse their country. After suffering serious losses the tribesmen made their submission. Several Afridi clans, such as the Zakha Khel, were also paid subsidies to cease their raiding.

From an album of 100 photographs by John Burke.